Terrifying footage has emerged reportedly of the moment an earthquake-triggered avalanche hit Everest base camp, sending panicked climbers running for their lives.

German climber Jost Kobusch, 22, posted the 2½-minute video on his YouTube channel a day after the earthquake, with the description: ‘The ground was shaking from the earthquake and as soon as we saw people running we were running ourselves to save our lives.’ 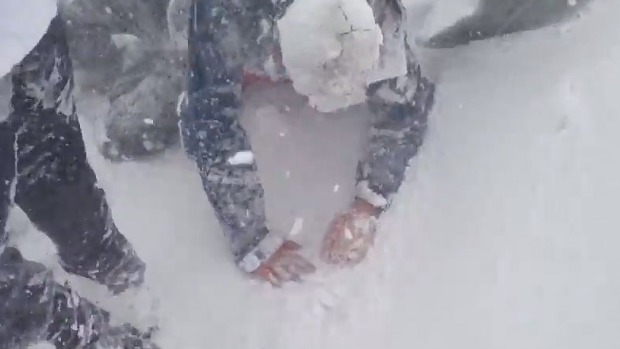 The panicked climber taking the footage takes refuge beside a tent under a jacket, all the while keeping his camera rolling. He and another climber can be heard panting heavily and swearing in shock. Reports SMH

Lewis Marnell’s Part In Nike’s ‘Nothing But The Truth’

Two surfers, go the length of the planet in 8 days

The 5 BEST FAKE Action Sports Viral Videos Of All Time