You might remember a few years back when the Rip Curl team (Bruno Santos, Dean Brady, Tyler Larronde, Oney Anwar and Tom Curren) headed to Sumatra, Indonesia to check out the so called legend of the infamous tidal bore ‘The Bono’. You’ll agree this amazing wave deserves to be among the weird waves of the world.

The rumours, the myth, the legend… the danger. When the Rip Curl Search crew showed up to surf what could be the greatest river bore waves on the planet, they expected nothing and everything. And it all came true… Here is the behind-the-scenes crew reliving their most harrowing moments on the river. 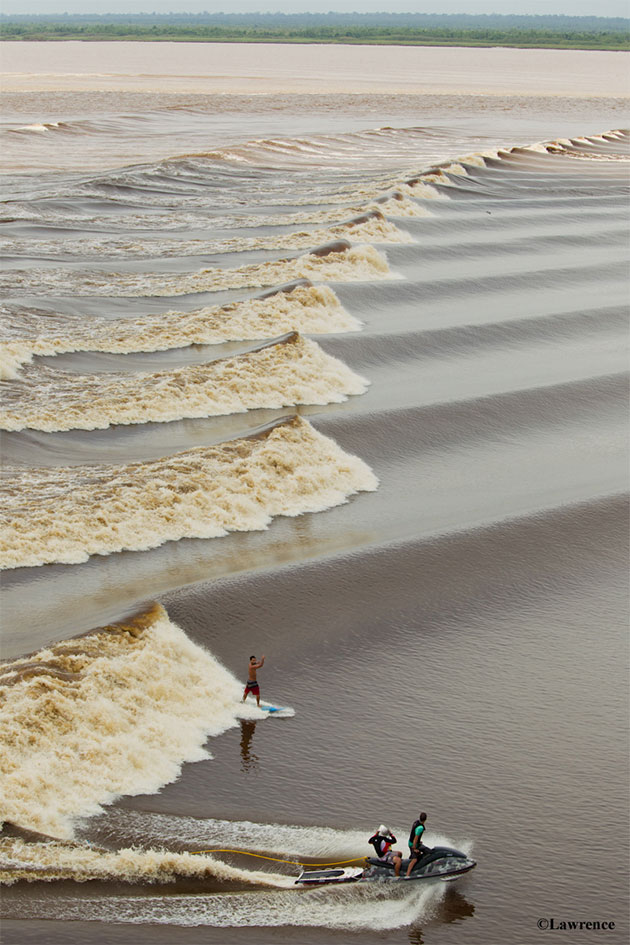 When the first pulses of the tidal bore showed, the Rip Curl Searchers were there to greet the chocolate barrels of the Seven Ghosts (called by locals). Witness the greatest river bore tubes ever surfed. 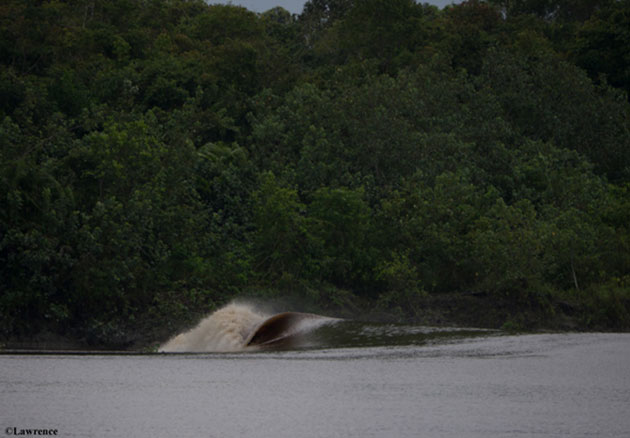 Check out the full video behind this amazing wave TIP2TIP – 7 Ghosts, playing now at Garage Entertainment. 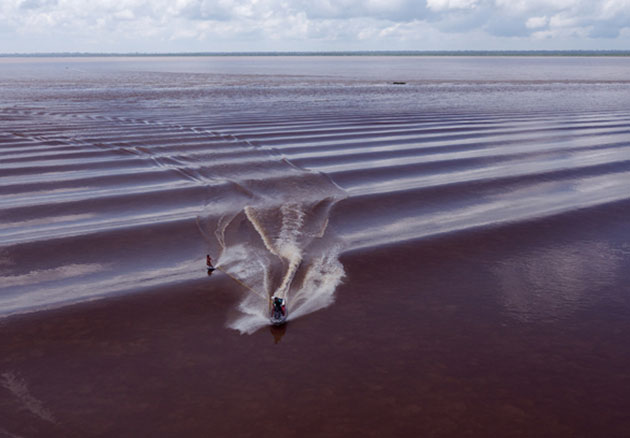 SEE MORE WEIRD WAVES OF THE WORLD   Facts about The Bono The Kampar River widens as it approaches the sea, and its water volume increases as it is joined by various other tributaries.During the rainy season, normally November to December,the volume of river water is greatly increased, and the river’s shallow estuary becomes even wider. Upstream the river’s cross section changes suddenly, becoming much narrower, which encourages the generation of large tidal bore/waves called Bono, caused by high tides flowing upstream meeting the river water flowing downstream. The waves can travel from the sea at speeds of up to 40 kilometres per hour, and when sea water at full tide combines with heavy rain upstream they can reach a height of 4–6 metres (13–20 ft), accompanied by a loud roaring sound and strong winds. 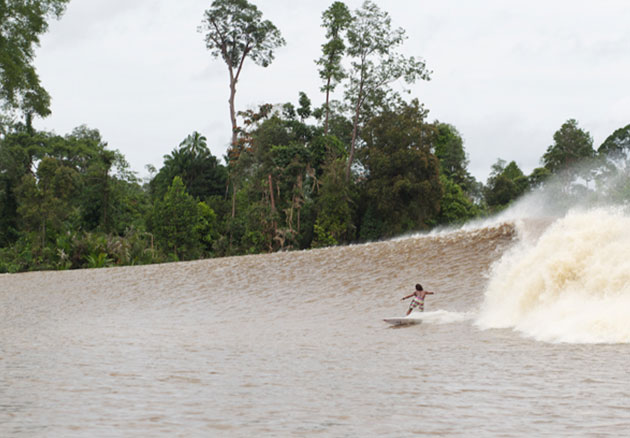 Bono waves can persist for four hours or more, and travel as far upstream as Tanjung Pungai, Meranti, Pelalawan Regency, 60 kilometres inland. Bono is not just one wave but a series of many, sometimes on the left and right river banks and at other times in the middle of the river. Surfing the Bono waves is difficult, owing to the quantity of mud in the river. 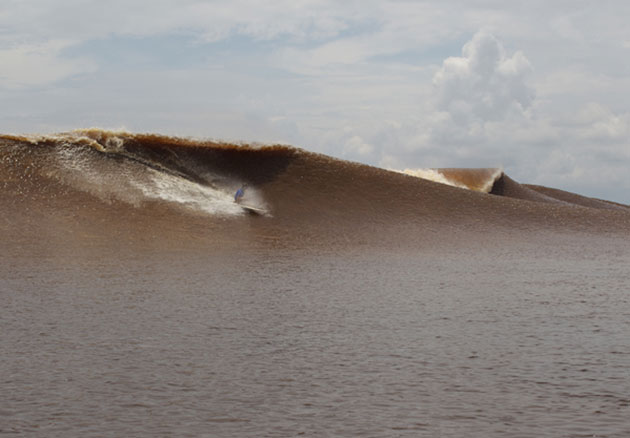 The large number of ships sunk in the Kampar River’s estuary has been attributed to the Bono waves, called by locals as ‘Seven Ghosts’, considered to be the incarnation of the seven evil spirits. Although they still used the river as the ground for boating agility tests. The river is inhabited by crocodiles, hence the surfers are usually escorted by rescue boats for their safety. 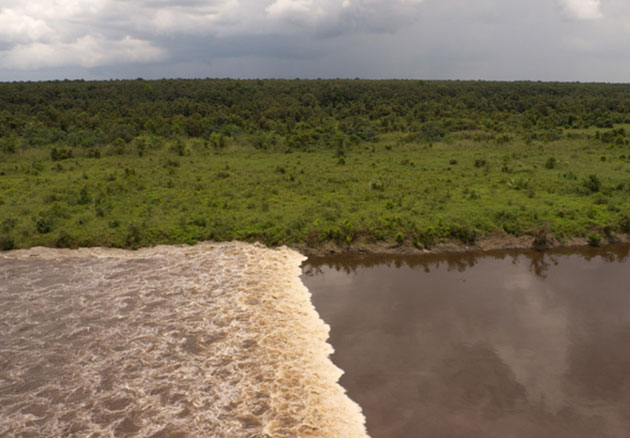 A Day In The Life Of Pro Surfer, Luke Davis

Play Of The Day : Amazing footage of Andreas Fransson in the most dangerous corridor in the Alps