He’s travelled the globe and ticked off every epic downhill spot imaginable, from Taiwan to South Korea, South Africa to his homeland of Australia and many many more in between. Adam Yates is a true ambassador of the sport – spreading the stoke of downhill all over the world in his video series Skate And Explore.

Before his freeriding days, Yatesy was a weapon on the track, finishing in the top 16 globally and top 10 in a handful of different events. ‘I’m a competitor so you’ll never take that out of me’ Yatesy told Garage when we caught up with him last.

We crossed paths with the larrikin from the Goldy again to pick his brain on his favourite downhill events worldwide and why, here’s Adam’s hit list and what he had to say about them:

Giants Head Freeride BC, Canada
The road that twists its way up Giants Head is narrow and steep. The events been on for 7 years and the best thing about it is that it’s a freeride. Think your fit, this 3 day event will have you thinking otherwise. 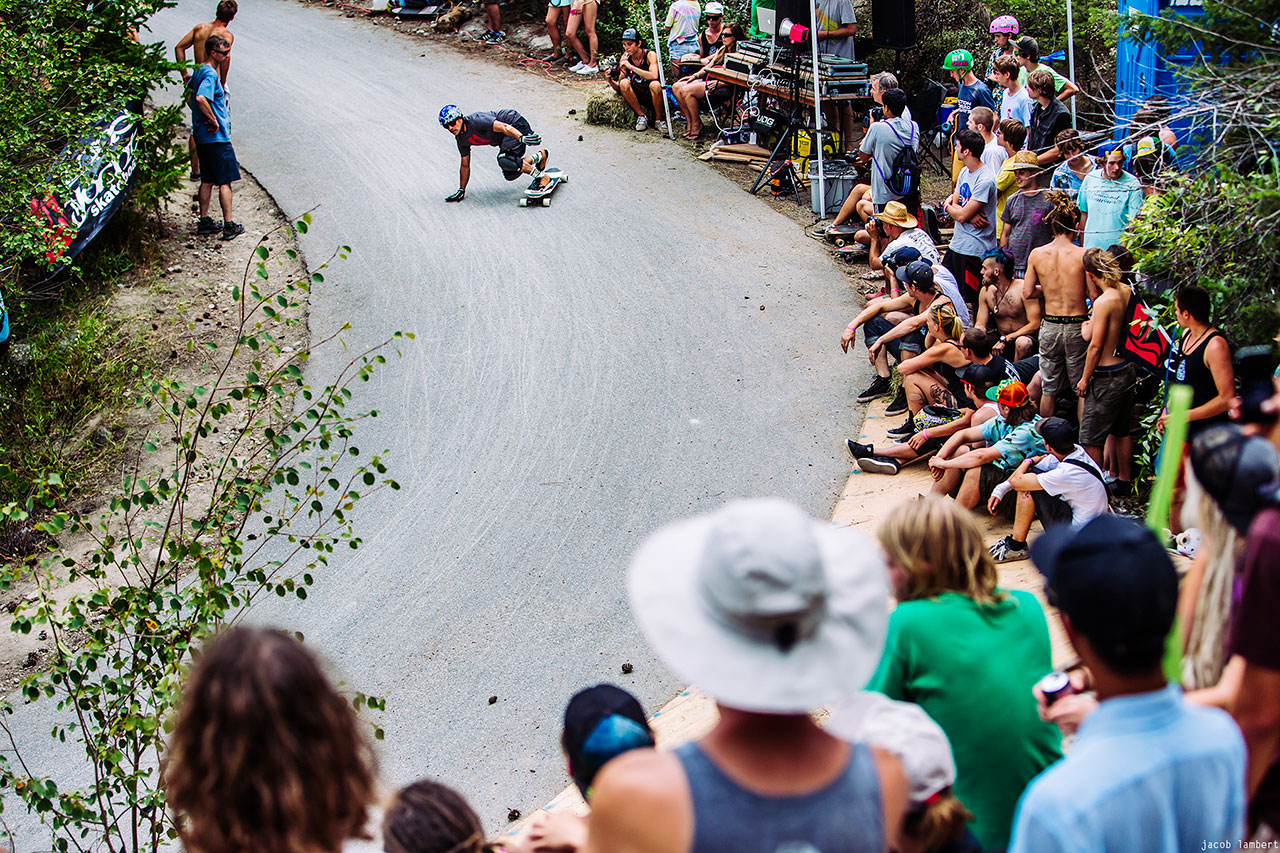 Danger Bay BC, Canada
The longest running event we have in the community and its been run by the godfather of it all, Coast Longboarding’s Bricin ‘Striker’ Lyons. It’s so much more than the race, it’s more of a gathering of friends and family in a beautiful part of the world. There’s heaps of support for this event and I honestly feel it will be around for years to come! 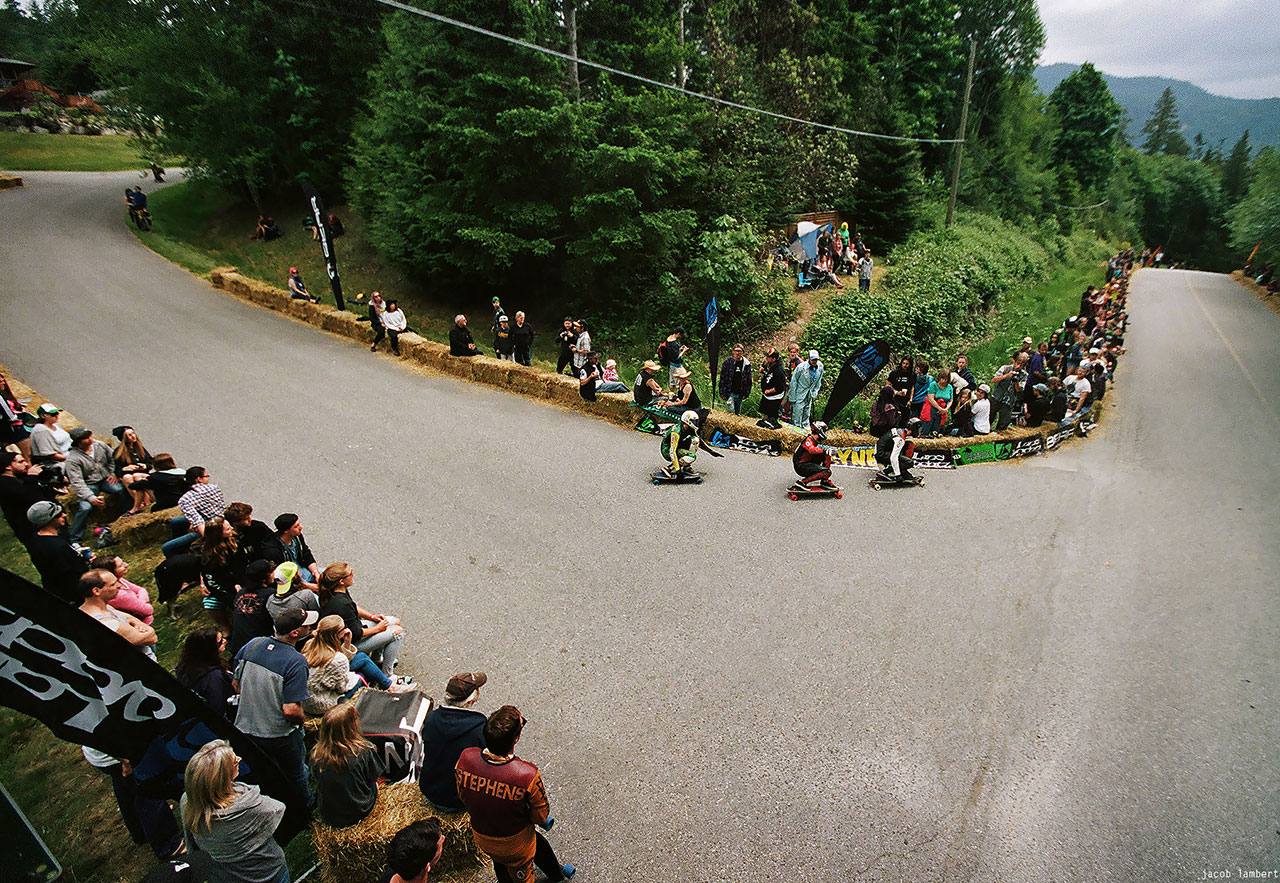 Adrenaline junkies all unite in one area on the rugged west coast of Norway for a week of gravity fueled fun! Theres Base Jumping, Sky Diving, Squirrel Suiting, Mountain Biking, Kiting, Slacklining, you name it, its there! As a part of the week, there’s a Downhill event on a road that most people wouldn’t dream of driving up! Steep, Narrow and with top speeds close to 90kph, this ones for the big boys and girls! 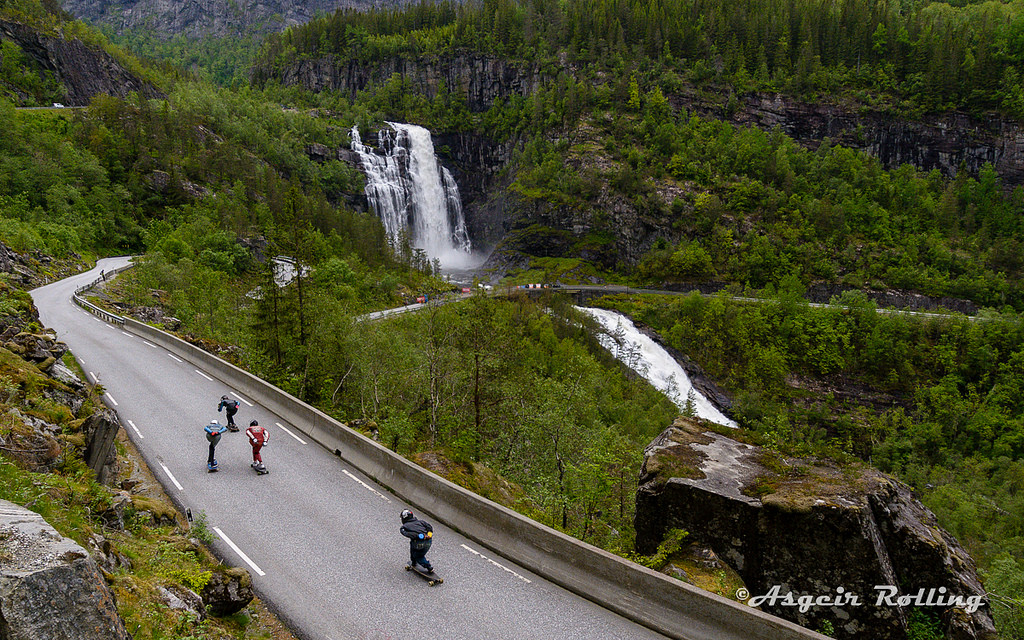 Almabtrieb Austria
One of the longest running events on the European tour. Ran by legend, Stephan Risch. It boasts a long steep track with high speed straights and tight technical turns. There’s usually a great crowd at this event and with its breathtaking surroundings, it’s a winner in the hearts of many. 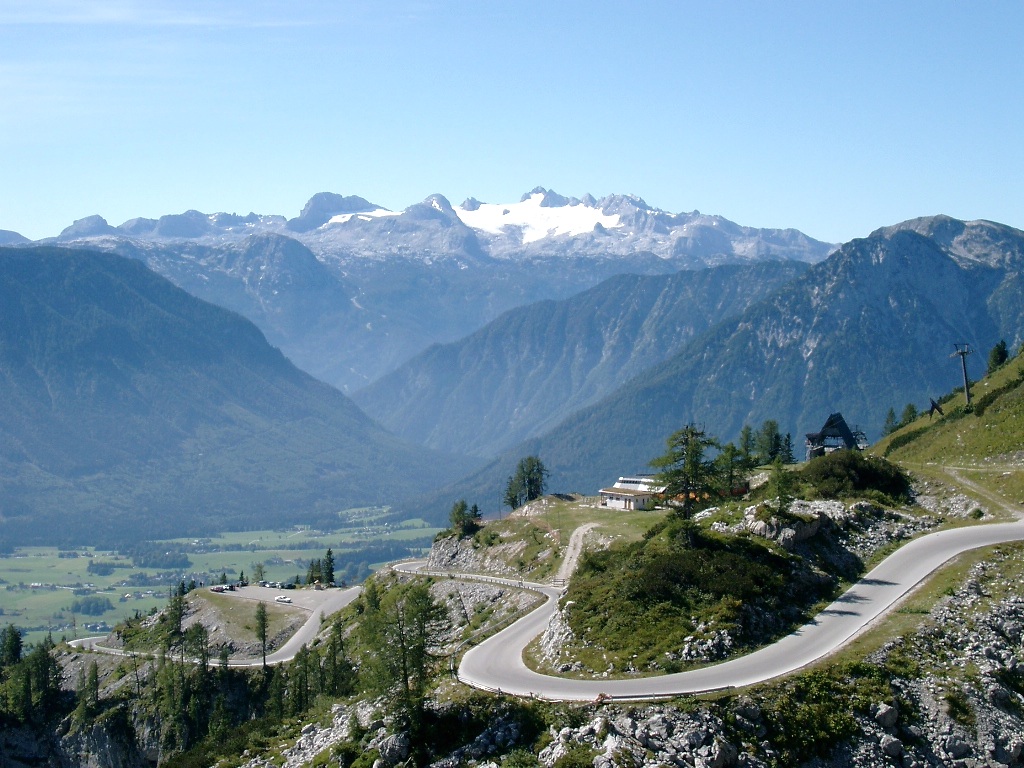 Newtons Nation Mt Panorama, Australia
Been labelled as one of the world’s scariest race tracks from the community. You stand at the top and look down to the valley below and its confusing that the 1200m track takes a little over a minute to complete. The concrete walls lock you in as it sucks you down the mountain, blindly navigating the ‘dipper’ to be spit right outta the end of the elbow at speeds around 100kph 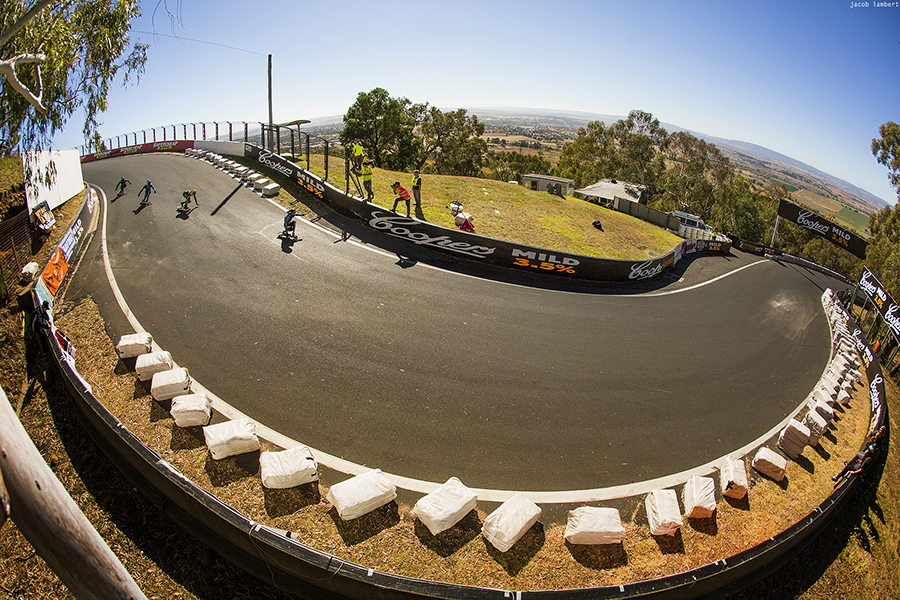 RedBull DHX Cape Town, South Africa
Sadly this was a one and done event thrown on by Redbull. For its time it was groundbreaking. Live action from racing was displayed on Mega Walls on the areas for the 30,000 spectators. It was visually captivating with the backdrop, Table Mountain. Fast and fun, this was one event that still hasn’t been matched. 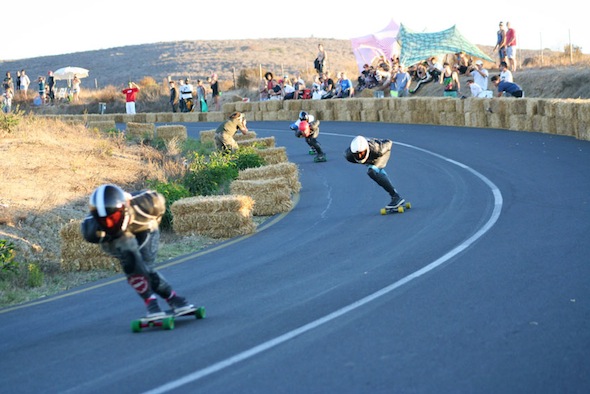 Kosakov Challenge Czech Republic
This is one very fast and super challenging track, get it wrong, it will bite. The road is butter smooth, peeling its way down from the top of a mountain, through a pine plantation and finishes down in farmland in the valley below. Be aware, The Czech love to party. 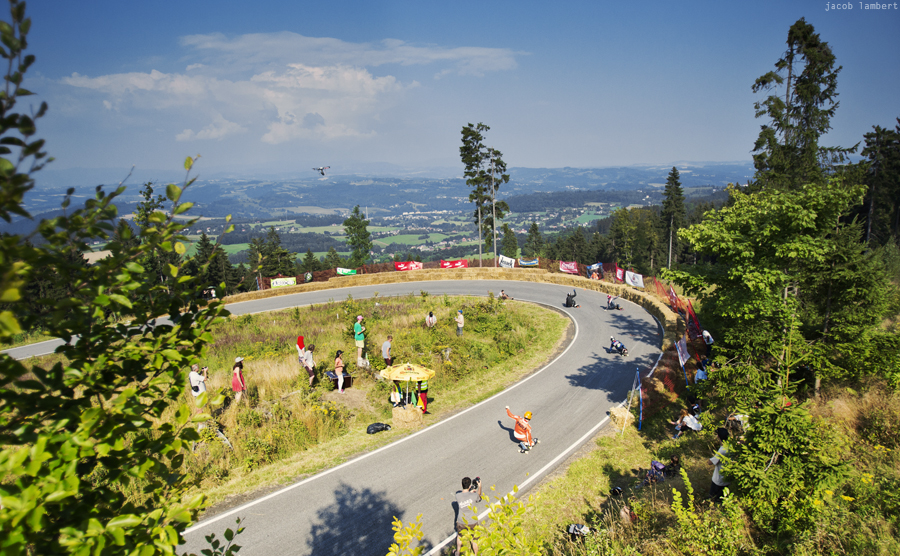 Britannia Classic BC, Canada
Its got everything you need in one tidy little package. The roads nice and wide and the pavements great! A chikane at the top, sends you over a bridge and past a waterfall. Plenty of room to race side by side so that being said, there’s always different lines taken resulting in some good tight clean racing! 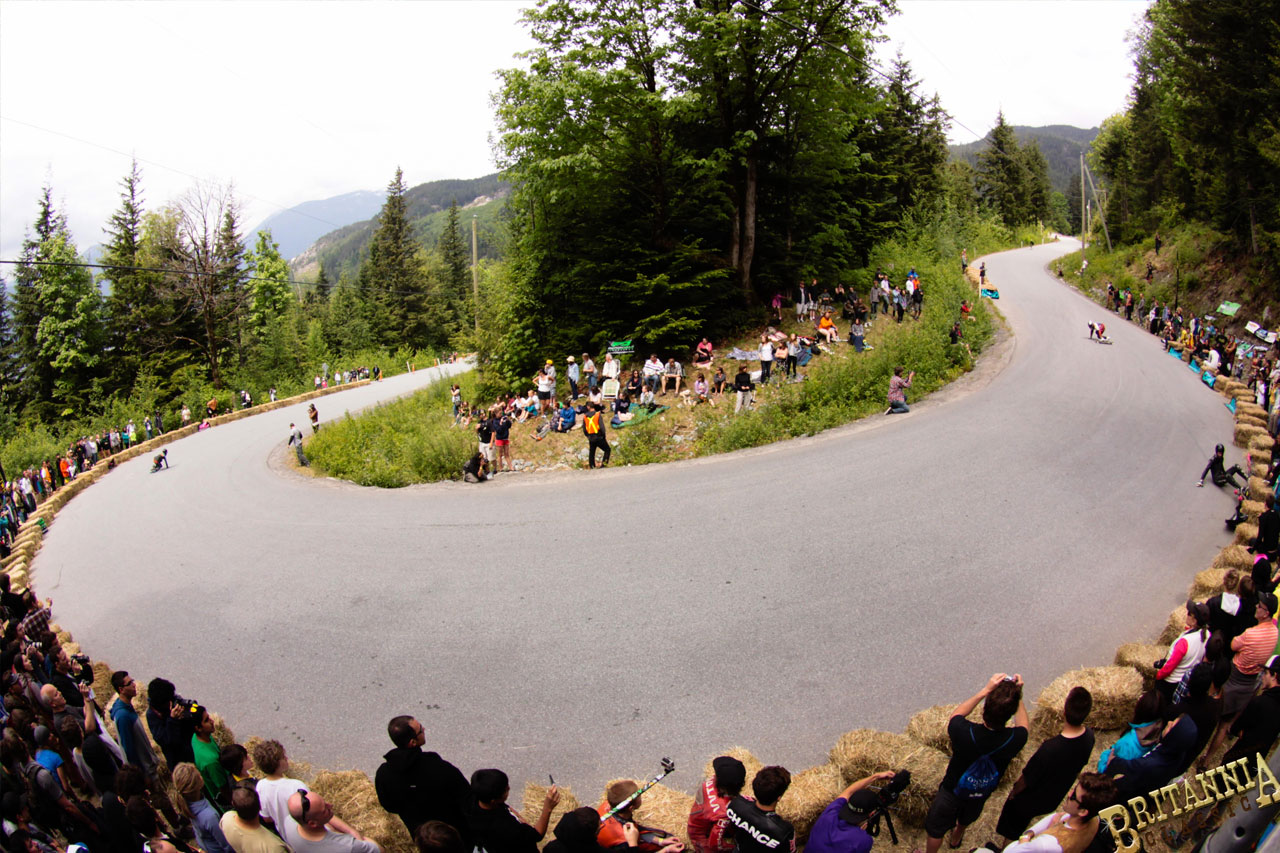 Catalina Classic Catalina Island, USA
Its Island time vibes for this fun filled weekend. Magical views and a narrow road makes this track seem faster than it is. That certainly doesn’t mean there’s any less thrill. When the track gets familiarised, it’s not unlikely to see massive groups, flowing down the side of the mountain like a snake! 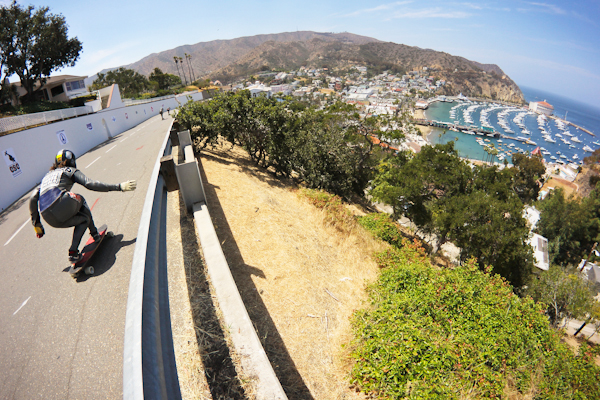 The Mind And Times Of Travis Rice