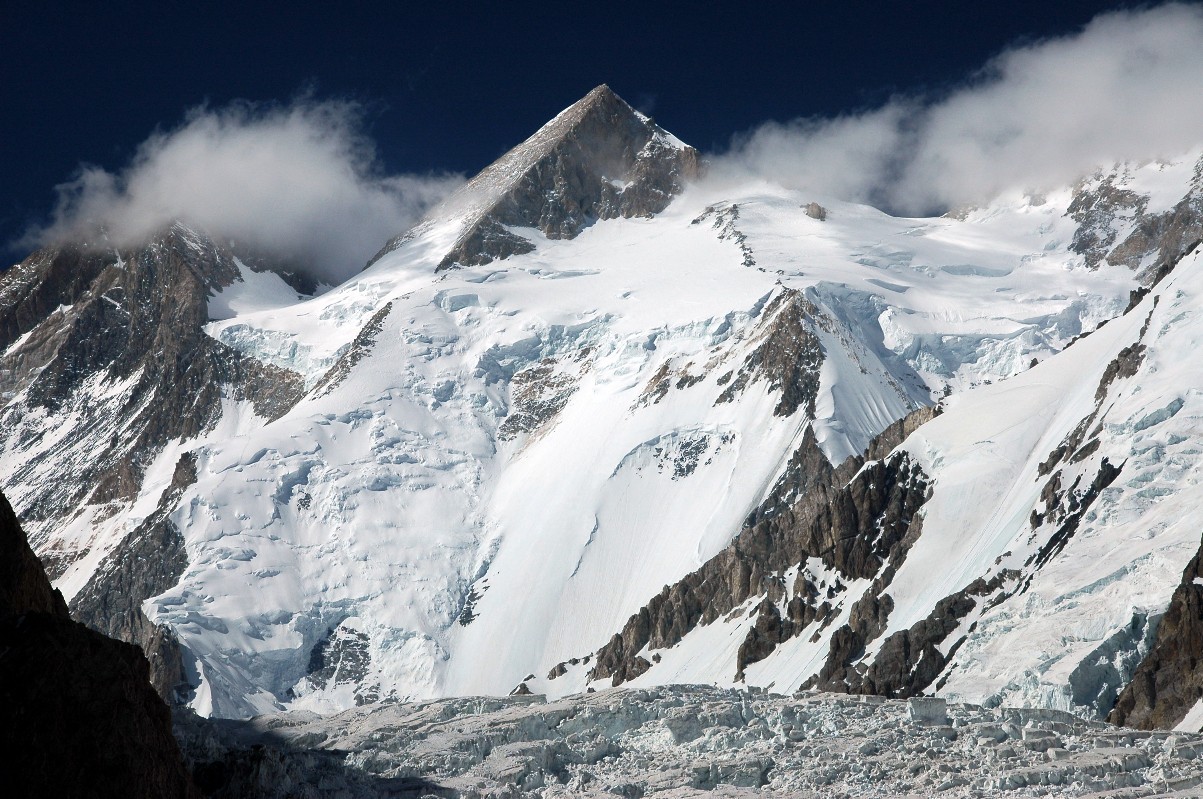 By 2011, 16 groups had attempted winter ascents of Pakistan’s 8,000 meter mountains – K2, Broad Peak and Nanga Parbat. All resulted in failure, some a loss of life. 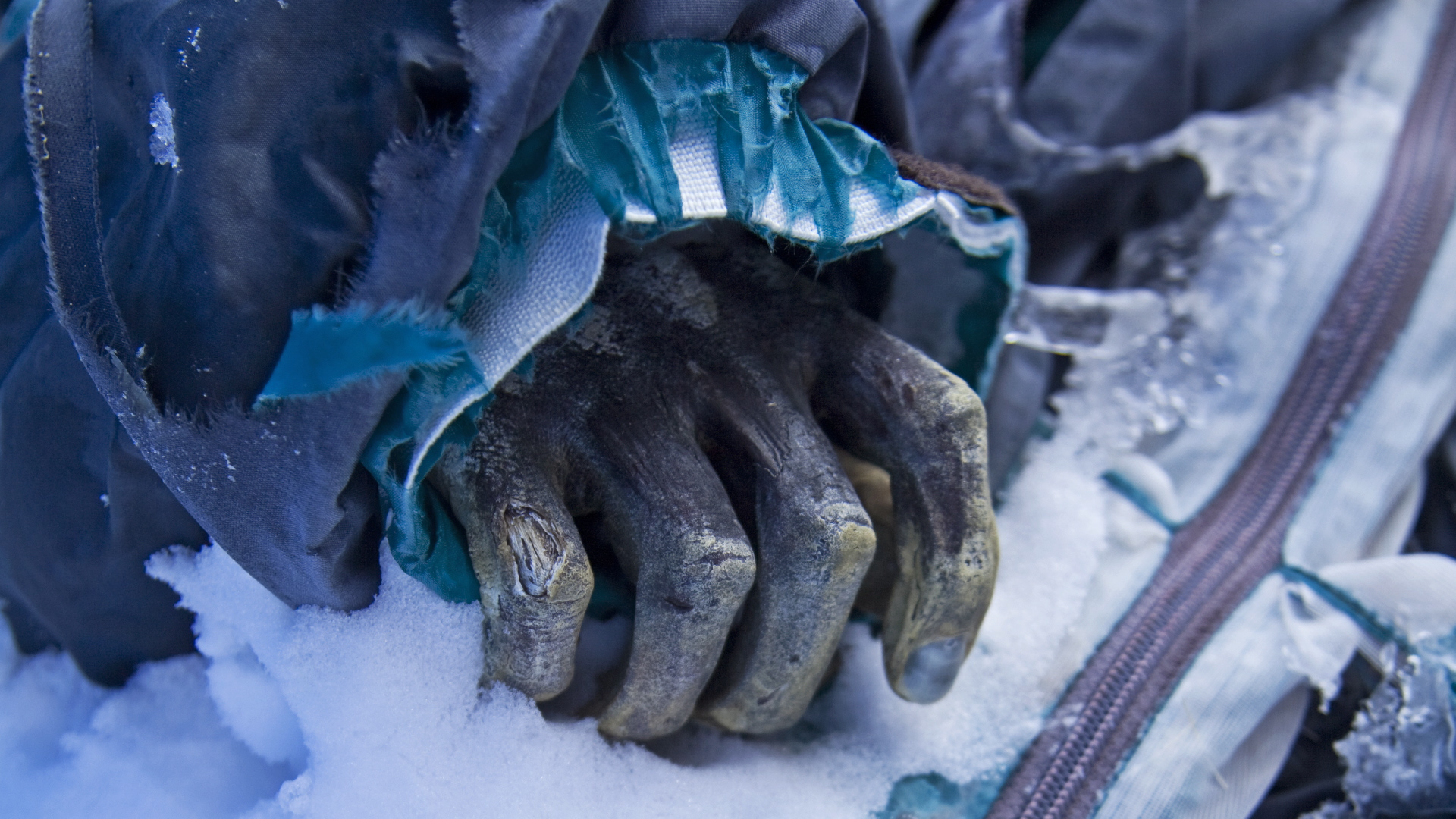 Image of frozen body at Camp 4

Gasherbrum II, with a peak reaching 26,360-foot, had never been attempted in winter. Climbing these summits in summer is hard enough – with the constant threat of engulfing crevasses, avalanches and rockfall, but to climb in winter is a whole other ball game. Temperatures reach below 40, there are incessant terrifying storms with winds reaching up to 100 miles per hour, the snow is deceiving and unstable, frequently avalanching under your own weight. When the weather is finally manageable, the climbers have to act quickly and precisely moving with great speed to catch up on lost time. 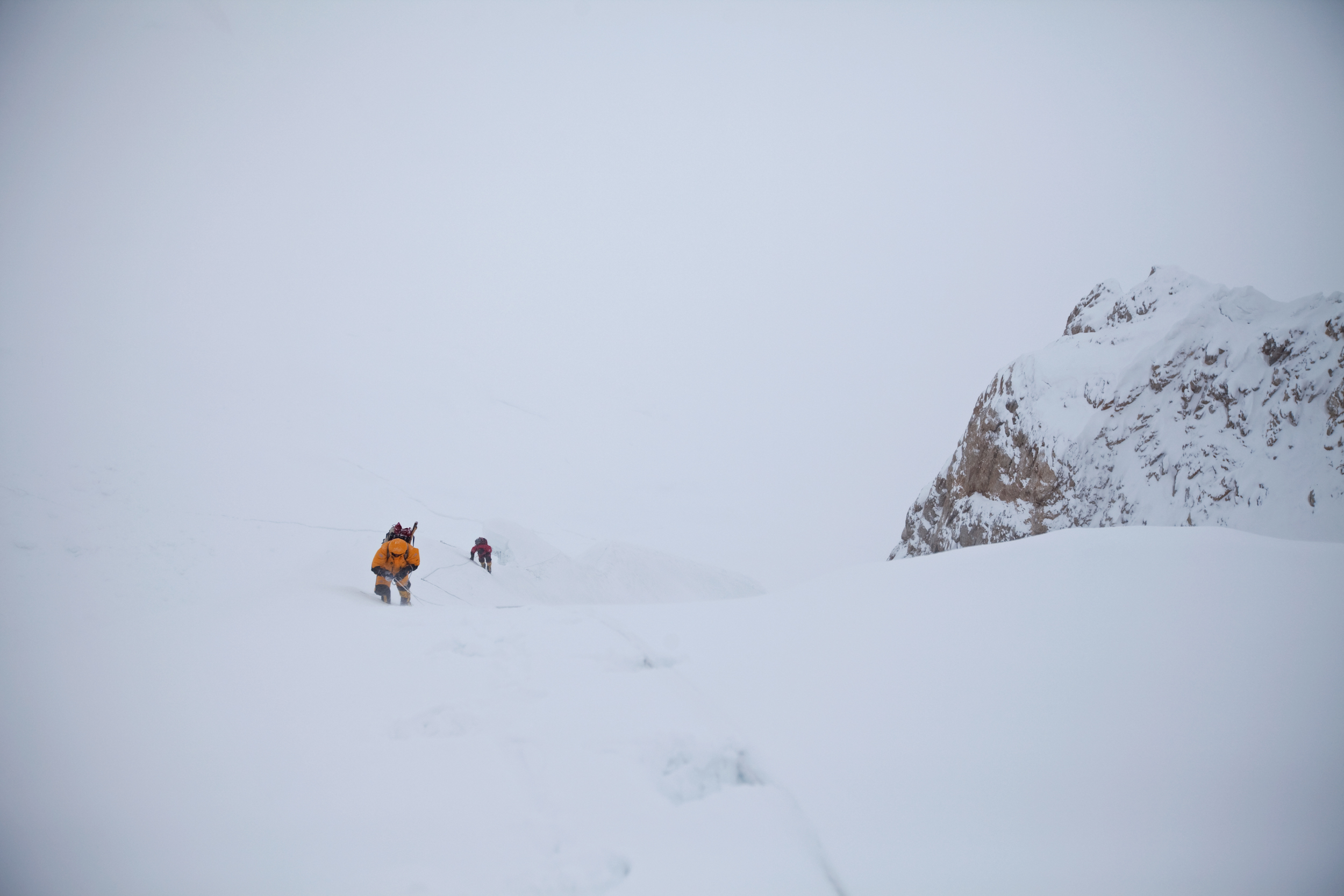 Every day the trio encountered enormous obstacles, from getting lost on the mountain’s upper slopes during a whiteout, to getting hit by a perilous avalanche which they believed would kill them… it was not an easy expedition to say the least. This ground-breaking accomplishment was filmed to portray the extremities to which climbers are exposed during feats such as this, here’s a snippet from the crew’s descent down Gasherbrum II (please be advised graphic content included):

This intimate documentary exposes how challenging an expedition like this is on the mind and body – a raw insight into man at his most vulnerable. The circumstances are so overwhelmingly intense, the risk of death so close, it has to make you ask what it is that drives these mountaineers to never give up.

This film has been revered internationally, having won the Grand Prize at the Banff Film Festival and the Five Point Festival, and selected for the Charlie Fowler award at the Telluride Mountainfilm. ‘COLD’ is available to watch on Garage now, you won’t be disappointed!

Snowboarding The Streets Of NYC