Behind The Lens: Matt O’brien & The Golden Gate Bridge

If you haven’t yet had the pleasure of viewing Matt O’brien’s photography, you’re in for a treat. Matt is a local San Fransisco surf photographer – His stunning surf imagery beneath the Golden Gate Bridge initially caught our eye and we’ve been big fans ever since. 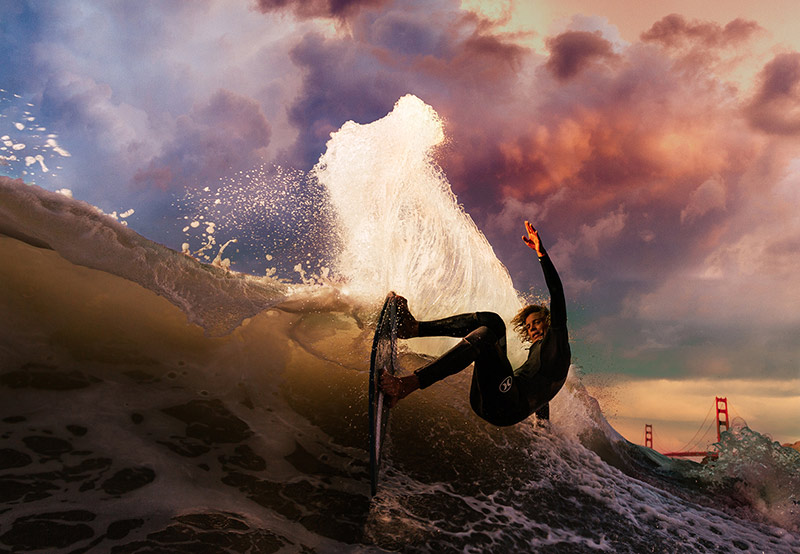 We tracked him down and squeezed out a few facts on the illusive break, as well as surfing in San Fran and a little insight into his photographic procedure.

Ocean Beach is the go to spot. Whether it’s waist high or triple overhead plus, if the wind is right its a magical place.

Sounds unreal. Does it get crowded?

Ocean Beach is such a long stretch, you can surf alone if want. But the currents are some of the strongest in the world, if there’s swell you will eventually wind up next to someone for a little, then continue to drift apart. It’s a long walk back to your car though.

What’s the biggest you’ve ever seen it?

When I shot the image overlooking the city with Ocean Beach in the background, thats the largest I’ve ever seen it. Easily 4 times overhead, perfect, but too big to surf. 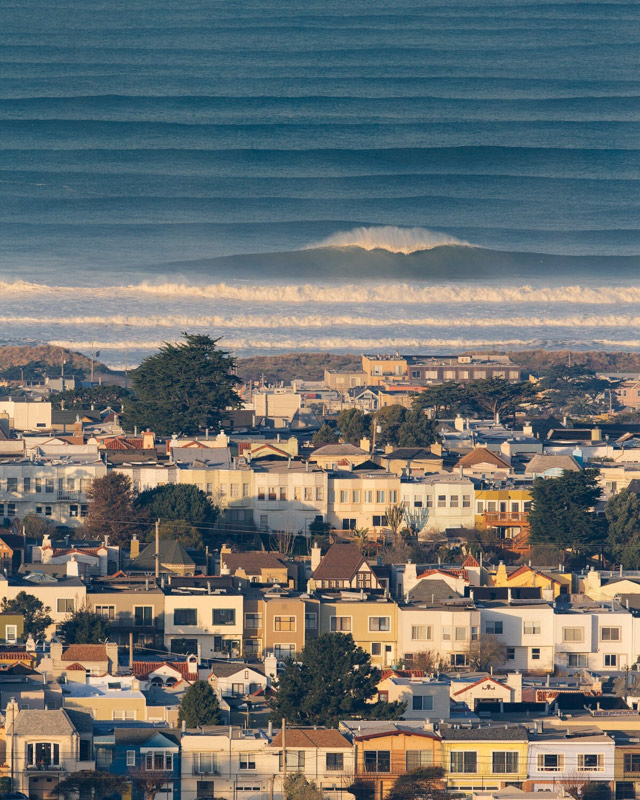 The shots that feature the bridge are epic. Is it always intentional when you frame the wave or surfer with the bridge in the background?

The shot looking out at the bridge was intentional, it usually doesn’t break that way, but on the right tide, swell and wind, it breaks looking right into it. 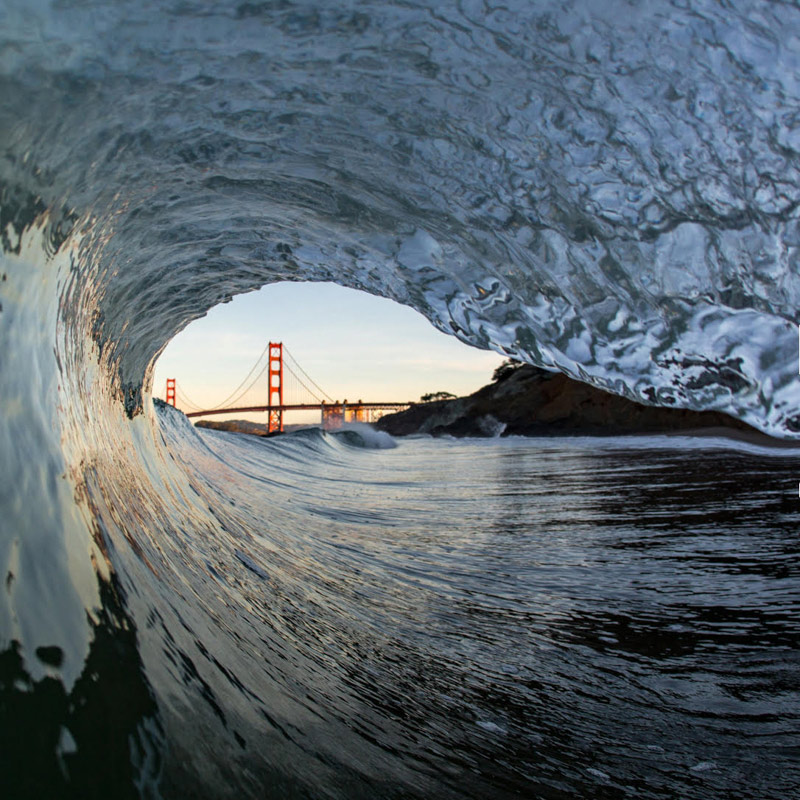 All the elements have to align for the perfect shot! How often does it break then?

Since we are north of Point Conception there’s always swell, but the majority of the year wind is a big factor. So there’s waves there everyday, but it’s only surfable maybe 10 days a year.

Are there many different breaks around the Golden Gate Bridge?

Theres Fort Point which is the iconic wave under the bridge. Never a fan of it, really mushy, lots of knee boarders and a localised shitty wave. 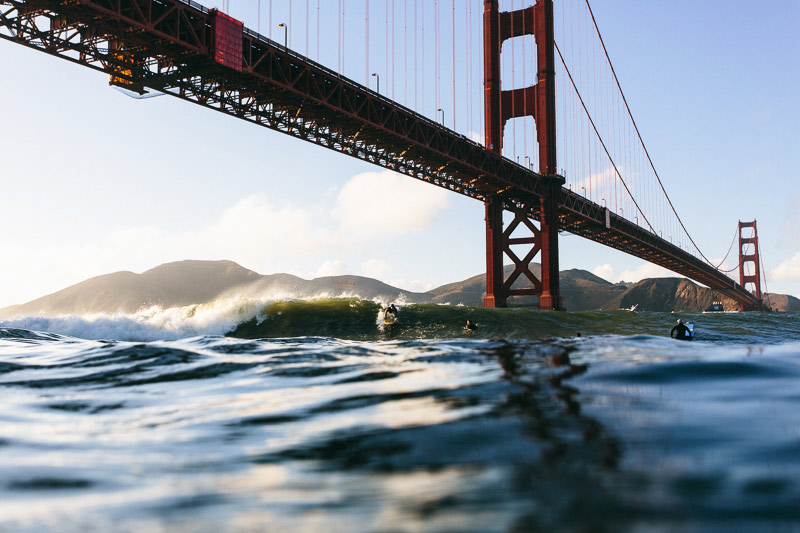 Makes for a good photo though. What are your favourite spots to shoot?

Favourite spots are not your ordinary waves – Shallow sand bar slabs, or waves at the bottom of hundred foot cliffs.

Do you have a favourite shot? What makes it special?

Can’t say I do. I shoot new ones and say its my favourite, then I shoot a new one and it becomes my favourite. Always changing. Right now these images are a couple of my most recent favourites (click ‘view more’).