Thierry Donard has been a major player in action sports movie production in Europe since 1984. He is based in the beautiful town of Chamonix in the French Alps and is trusted by some of the biggest athletes in action sports. For the first time ever, Thierry will be releasing a movie in Australian and New Zealand cinemas.

We caught up with Thierry to talk about his latest film ‘Don’t Crack Under Pressure’ coming to cinemas, his label ‘Nuit de la Glisse’ and find out a little about the man himself. 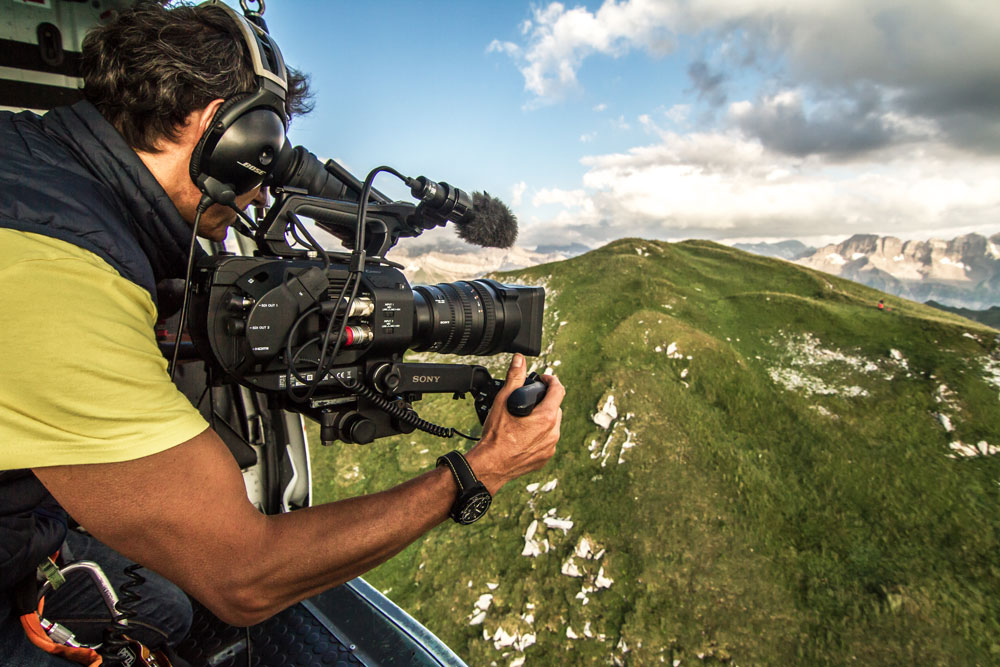 What inspired you to be an action sports filmmaker?

I have been passionate about skiing and action sports since I was a boy. I started filming at the age of 12 and made my first ski film the following year. In 1978 I met American director and action sport movie pioneer Dick Barrymore and this encounter changed the course of my life. I worked for ten years with him, learning how to become a filmmaker.

Have you always made just action sports movies? What is “Nuit de la Glisse” and how did you come up with the concept?

At the start of the ‘80s, I joined the company Huiana making action sports films and in 1984 I released my first film under the label “La Nuit de la Glisse” with a group of avant-garde skier and surfer friends. Alongside my athlete career as a professional skier, in 1988 I created my first feature length 90-minute film dedicated to action sports broadcast in France. After a few films and documentaries for the TV, I then relaunched the ‘Nuit de la Glisse’ series in 1996 with the intention of extending my films to cinema theatres. These films are now distributed throughout Europe and Asia Pacific. 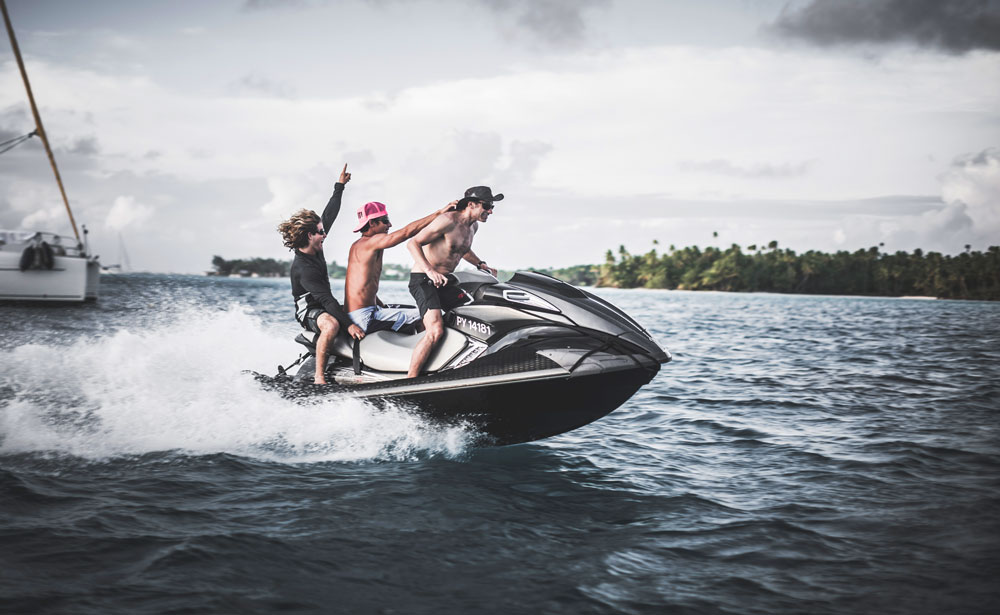 Do you handpick your athletes? What does it take to feature in a Thierry Donard film?

The riders I choose for my films always have a healthy mind in a healthy body. Their motivation is never based on ego or money, they are seeking happiness. None of them are crazy, they are high level, well trained athletes, prepared mentally an physically for extreme situations. I think a moment of madness in extreme sports means getting closer to death; riders are working each day to move away from that.

Do these athletes have input in choosing locations and and spots to ride?

Yes they do because they often have projects in mind. Then since I have practiced most of these sports, I also come up with many suggestions. In the end I would say that the decision comes 70% from our side and 30% from the riders. 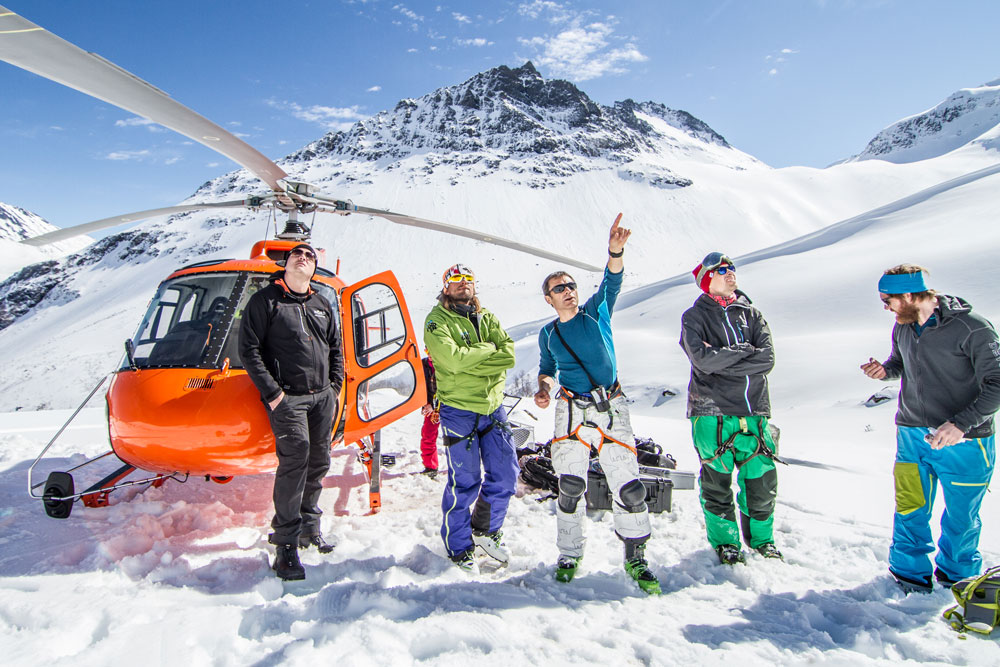 Do you feel like your movies have played a big role in spreading the action sports culture in Europe?

Actually yes, since we were the first to screen extreme sports images, such as surfing, in movie theatres in the 70s.

What’s your choice of camera to shoot with and why?

I am filming with SONY cameras, most of the time with FS7 sets of cameras for grounds shots and helicopter shots. Theses cameras are perfect for us since they shoot internally in 4K, which is very important for our films in cinema, and are very handy, light weight, support extreme cold and warm conditions and offer very suitable sound capture options. We are also using some other product of the SONY range such as the AS7 for our drone shots and Sony action cameras for POV axis. It is interesting for us to work with a full range of Sony products because it allows us to have a good coherence between the images from the different cameras we use while editing and post producing the film. 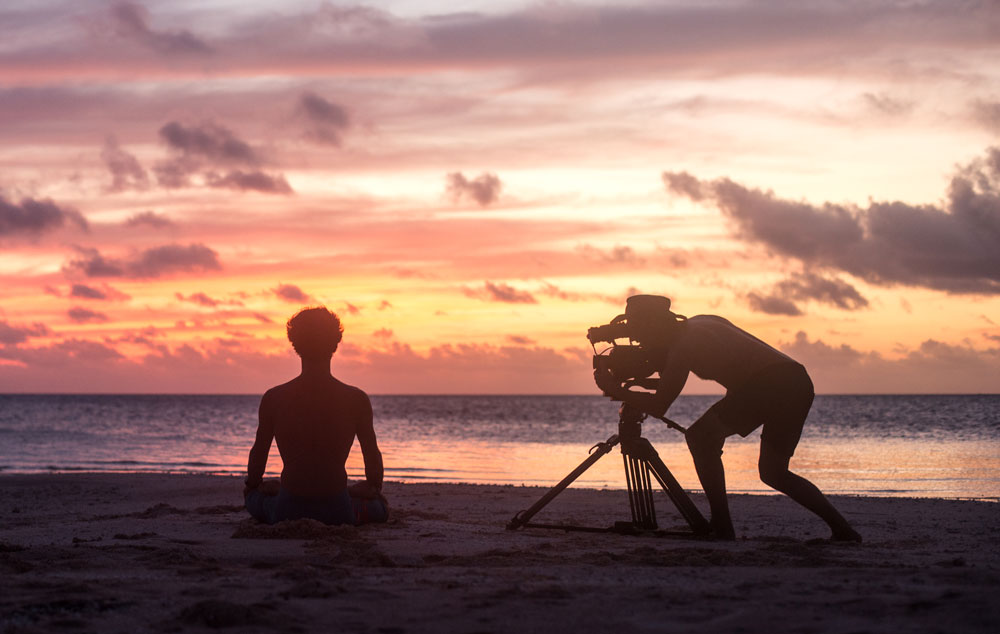 Are you always behind the camera or do you delegate?

I’m always behind a camera because I enjoy it, but I also have other cameramen working with me. Our goal is to capture the essence of a moment, the right action, the best move, to witness exceptional achievements… For this, we always set up multiple cameras to cover various angles. I normally check all the angles and focal lengths myself but I can also rely on a team of very experienced camera operators.

I’ve lived a lot of memorable moments through my career so it’s really hard to pick one. On the set of Don’t Crack Under Pressure, the scariest moment was for sure when Loic Collomb-Patton got picked up by his own sluff and went tumbling down a radical mountain face, this was a hard moment to live for him and the crew until the moment we rescued him. And the best moment was discovering a wave in the middle of the Pacific Ocean which has the same potential as Teahupoo but in a very remote location where no one rides. 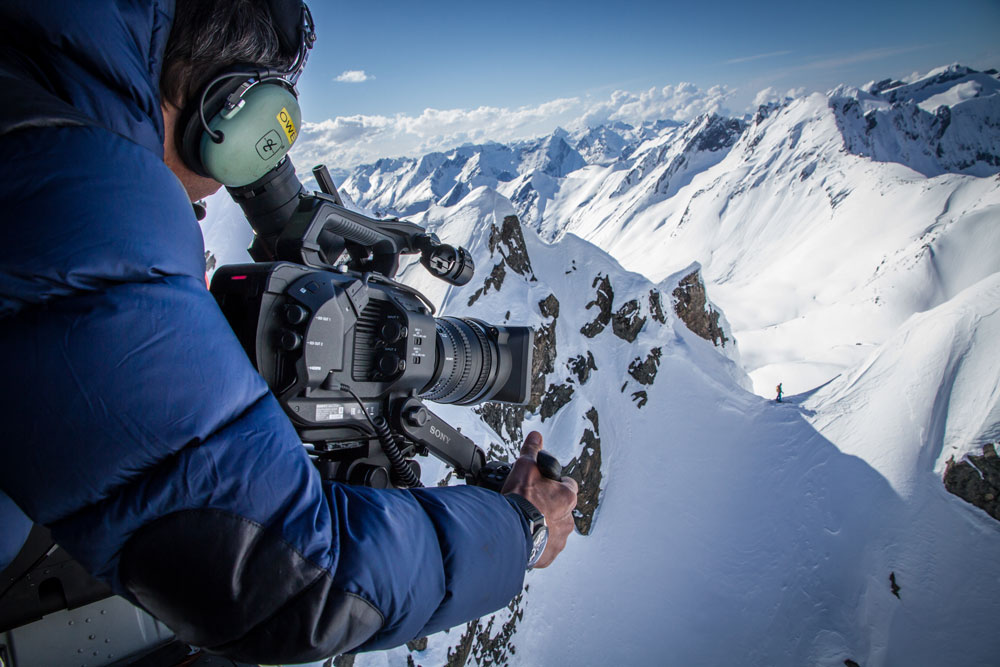 Tell us about your latest film Don’t Crack Under Pressure.

I have completed a round-the-world journey with my camera to bring the audience into something that I expect to be awe-inspiring natural settings where men and women carry out incredible feats. From the most beautiful snowy alpine faces to the peaks towering above the Norwegian fjords, from the waves of Fakarava to proximity-fly above the glaciers to the heart of Swiss Alps… I’ve filmed skiers, snowboarders, wingsuit pilots, surfers and they all have one thing in common: the desire to reach the goals they set for themselves, sometimes at the price of waiting months for various weather criteria to converge, and all this in a time when nature is becoming more and more chaotic.

What next for Thierry?

At the moment I am travelling the world for the making of my next film, the sequel to Don’t Crack Under Pressure, which I expect to be a very good film considering the amazing footage we have made so far!

Then I’ll be promoting the film starting with its world premiere in Paris at the Grand Rex on November 18, 2016. 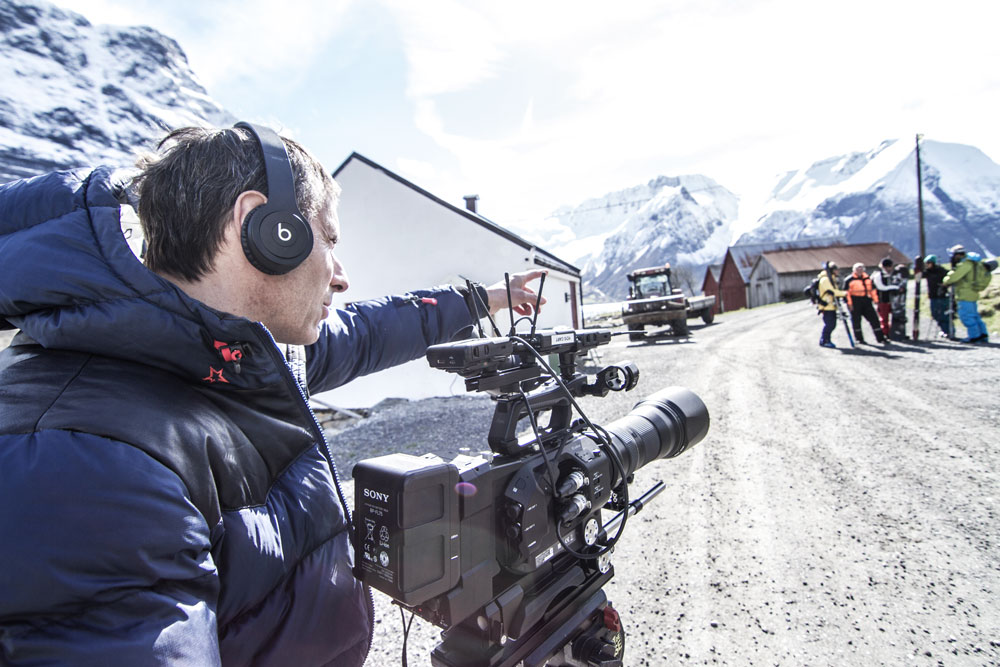 For more info on the release of ‘Don’t Crack Under Pressure’ in AUS/NZ cinemas, head to: http://www.garage.com.au/collections/dont-crack-under-pressure/

Or you can book tickets direct, here:

Ski Snow Surf Behind the lens

PLAY OF THE DAY – Mark Mathews/Brad Domke vs The Right