KRANKED – THE SERIES THAT SPAWNED AN INDUSTRY OF FREERIDE & MTB FILMMAKERS

A detailed history of the legendary ‘Kranked’ film series, a breeding ground for many of today’s great MTB / Freeride filmmakers, including Freeride and Anthill / The Collective

Bjorn Enga, mad scientist film-maker from the original Kranked series and creator of Kranked bikes (they have got a motor and can ride DH trails!!) – pic courtesy of Pinkbike CHECK OUT THE KRANKED FILMS IN FULL ON GARAGE‘At a ski trade show in Vegas in 1996, Bjørn Enga met with Leslie Anthony from Powder Magazine who introduced him to Todd Lynch who was putting together an action TV show for Surfer Publications called Bike TV, to be broadcast on Outdoor Life Network in the USA.Bjørn was asked if he could produce some BikeTV shows for Surfer Publications. The deal was straight up, $20g filming budget per show, Surfer Publications buys the film stock and gets to use it to make Bike TV. Bjørn gets to keep the footage and use it for whatever purposes he wants. It was a GO! With this deal Bjørn formed Radical Films Inc. with a 50/50 partnership with Christian Begin and they set out in the Purple Bus to make history.With Christian’s amazing energy, cinematic eye and directing ability, combined with Bjørn’s producing talents and network of BC rippers the game was on! 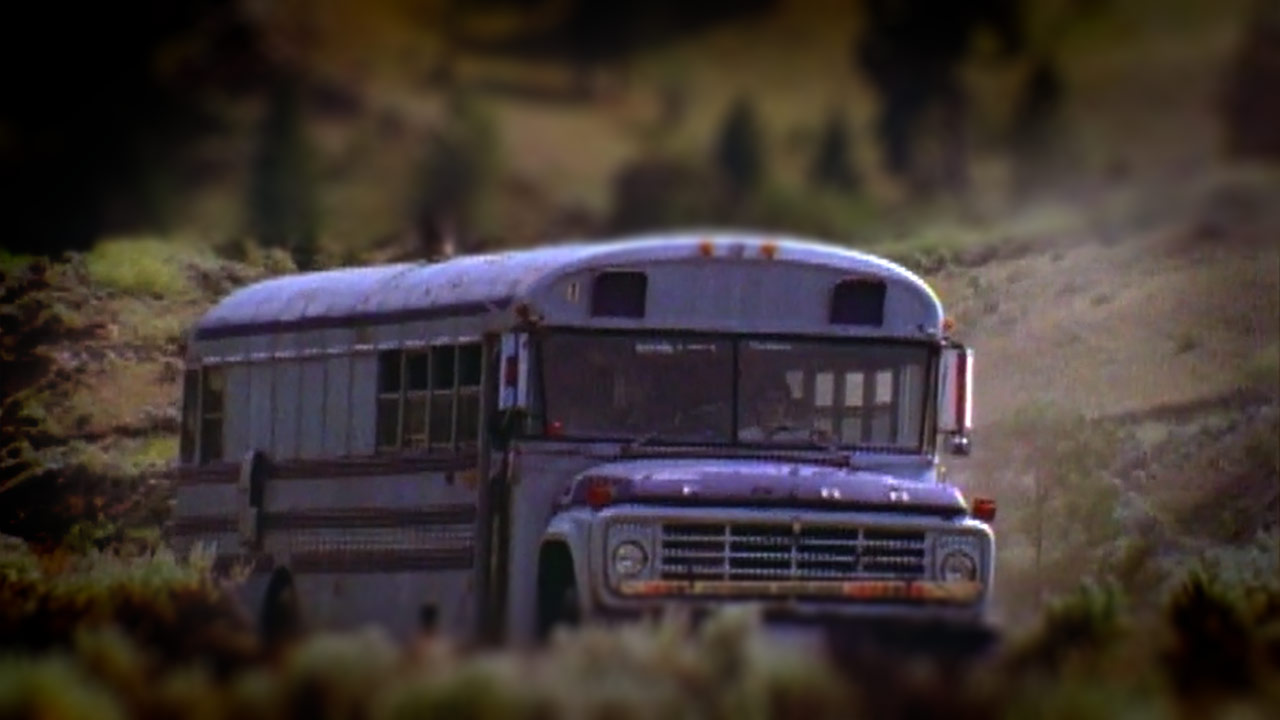 Firing up the Purple Bus, Bjørn and Christian started a journey that continues today. This seminal journey took them to Rossland where Dave Swetland and Chris Lawrence lived. It took them to Kamloops to meet up with Brett Tippie and Richie Schley. It took them to Vancouver where Wade Simmons and Dangerous Dan resided. This historic trip resulted in the creation of the first Kranked film released in April of 1998.“Kranked – Live to Ride.” It burst onto the scene like a breathe of fresh air and exposed the bike industry to an exciting action/lifestyle way of riding that was termed “freeriding”. “Kranked – Live to Ride,” jettisoned the above mentioned riders into worldwide fame and put Radical Films and the Kranked name on the map. It is important to state at this point that the mission of Kranked-Live to Ride as stated in the opening credits was, “Our mission was to define “freeriding” and to open up the doors for others to get stoked and push the envelope even further.” At this time there was very little support for freeriding from the southern LA based bike industry. Notable exceptions and huge shout outs go to: Bike Magazine- (Mike Foley), Marzocchi (Bryson Martin), Rocky Mountain (Tess Sewell and Mike Carroll), Giro (Greg Shapleigh), SRAM (Rick Bald).In 1999, following the huge success of “Kranked-Live to Ride” Radical Films launched “Kranked 2- Trail from the Crypt.” At this time there were no other freeride films on the market and through the amazing riding Wade, Richie, Tippie, Swetland and Lawrence all solidified their places as freeriding royalty.

By 2000 Christian’s interest in Radical Films was waning so it was decided that Bjørn and Christian would co-direct, “Kranked 3 – Ride Against the Machine,” The opening of which features a yet to be discovered mega- talent Thomas Vanderham. It also marked the first time someone from the outside directed a segment, that being Jamie Houssain with the Shore segment.Jamie is now known for his Collective Trilogy which has made an outstanding impact on the mountain bike world. At a great loss to the mountain bike world, Christian sold his shares in Radical Films to Bjørn and dedicated himself to his career as one of BC’s best and brightest cinematographers and directors. He continues to earn the highest recognition for his work.Still passionate, Bjørn forged ahead as both Producer and Director, working with Brett Tippie on “Kranked 4- Search for the Holey Trail.” It was at this time that there started to be a real recogniton of freeriding within the industry and the freeride film landscape began to change. Long time collaborater, Derek Westerlund formed his own company Freeride Entertainment and began his successful franchise with New World Disorder films. His latest film “Where the Trail Ends” is amazing. 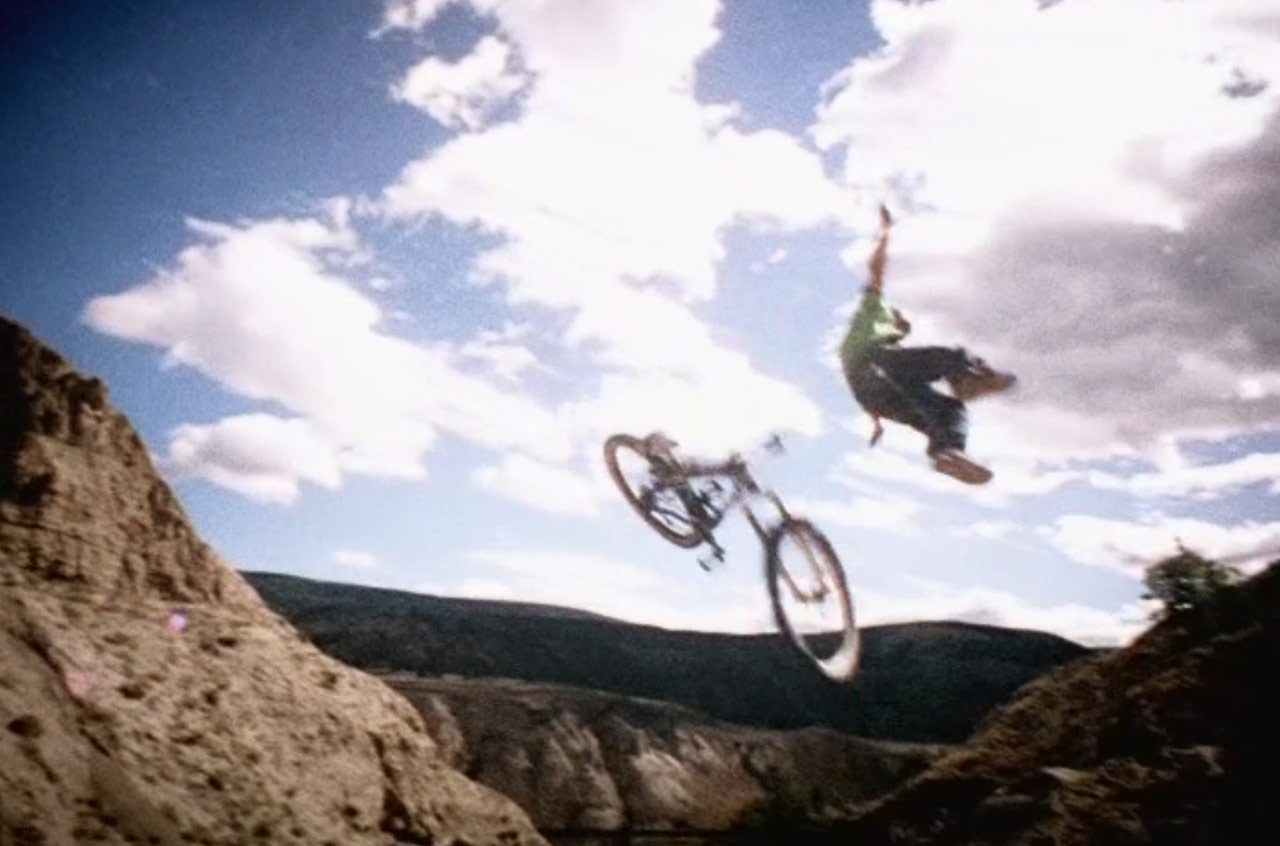 2003 brought the freeride world Darren Berreclaw, Super T Klassen and a matured Thomas Vanderham starring in, “Kranked 5-In Concert. ” This film had two notable talents helping with the cinematography, Jorli Richter of Ride to the Hills fame and Darcy Wittenburg who co-founded the Collective and now Anthill Films. Needing a break, Bjørn took a few years off to build a house and studio on the Sunshine Coast of BC, returning in 2006 with “Kranked 6 –Progression.” Notable to K6 was Ryan Leech’s groundbreaking segment. This film also introduced the world to James Doerfling, and Ben Boyko. It was also the film that made Bjørn decide to start building a RC controlled cable cam rig, after blasting his knee on a stump.In 2007 “Kranked 7-The Cackle Factor” dropped! True to form the message and premise were a year or two ahead of the times! K7 introduced the world to James Doerfling, Garett Buehler and along with two local kids who were developing a knack for building and riding super sweet trails, Dylan Dunkerton and Curtis Robinson. Bjørn worked closely with Mitch Cheek who has since formed SOLOS productions and has been filming with the STUND crew recently. 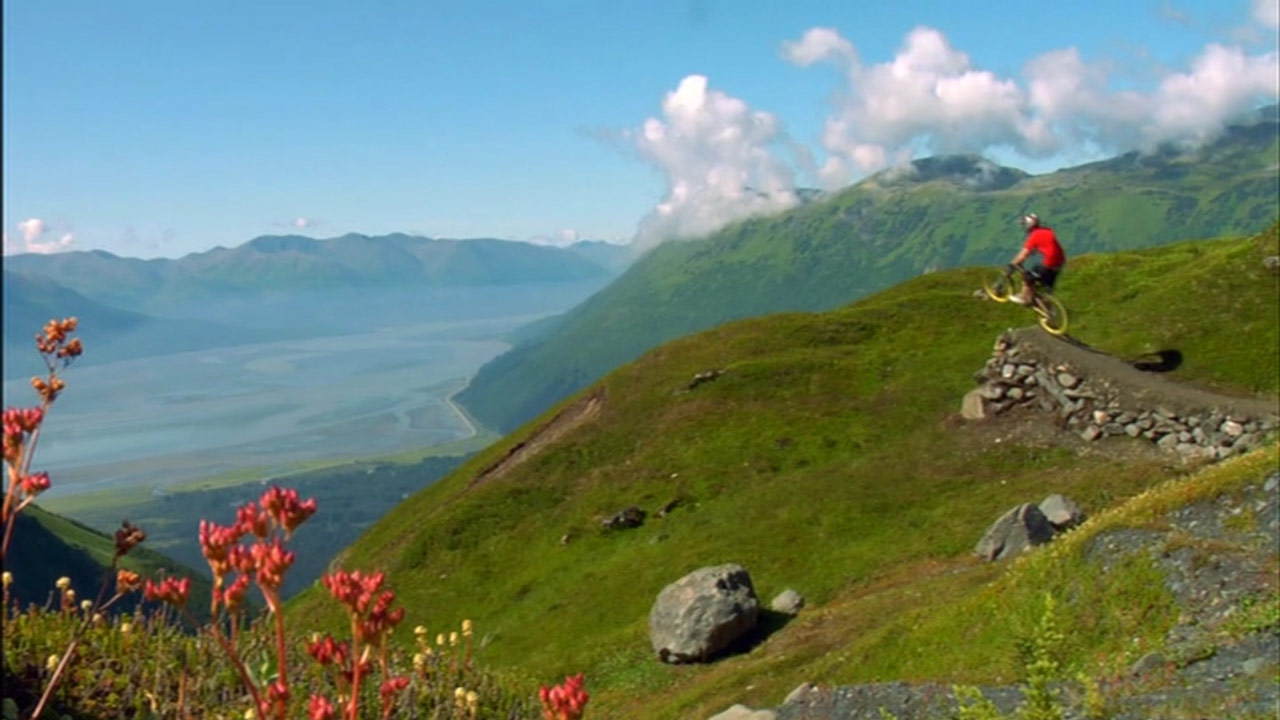 In 2009 Bjorn released his latest film and has chosen to drop the numbers after the Kranked name since he confesses it is getting a bit ridiculous, therefore “Kranked-REVOLVE” was released in June of 2009. It featured a ridiculous ending featuring the local young shredders whom Bjørn named the Coastal Crew. This segment starring Dylan Dunkerton, Kyle Norbraten, Curtis Robinson, and Kyle Jamieson has been watched 5.84 million times on Youtube! This group has just released it’s first feature film, “Inside Out.”With this little history Bjørn is happy to acknowledge that the original Kranked-Live to Ride mission has indeed helped inspire others to jettison the doors off of the freeride movement and make a mark on the amazing sport and culture that we live. Which brings us back to Kranked- Ride hard, Ride Free, here and NOW! Inspired by the amazing talent, environments and industry that has allowed Bjørn to live, create and ride with the best of the best, Bjørn is creating the Kranked Brand. The ultimate goal is to create an interactive, immersive Kranked brand that creates super cool products and media. Kranked’s underlying agenda is to produce the best media and products possible and to keep inspiring people to do the same. Kranked wants to promote the cool, conscious, adrenaline lifestyle with massive budgets that let us create media that truly builds on what we have done before. Thanks for reading all of this!! Ride Hard, Ride Free’- article courtesy of Kranked website

Would You Ride This Crazy Natural Waterslide?