This Tiger shark, reported at 7 metres was apparently caught in nets (although being investigated) off seven mile Beach at Lennox Head a couple of days ago and the body was handed over to CSIRO.

Photos of this massive Tiger shark have been posted on the website of Byron-based group, Positive Change for Marine Life and have been circulating the web.

‘Positive Change for Marine Life’ spokesperson Karl Goodsell said the group would like to hear from anyone with any information about the shark and whether it was caught in northern NSW.

Mr Goodsell said killing sharks was not the answer to the current situation on the northern rivers.

‘Removing them while not understanding anything about their behaviour or migration patterns is a band-aid solution, which all science to date reflects will not solve the problem of shark attacks,’ he said.

‘Positive Change for Marine Life’ are investigating further into the incident. 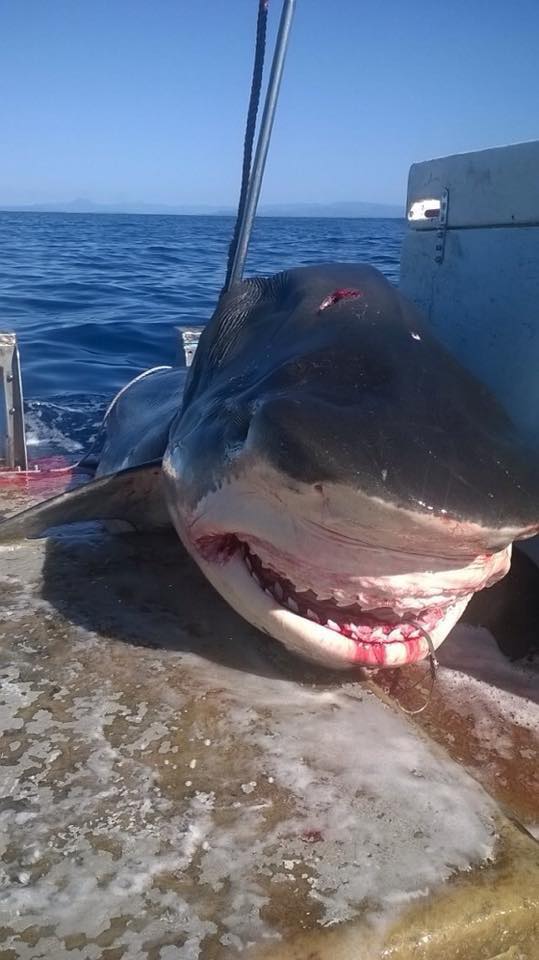 Tag, release and study or Cull?

we want to hear your thoughts

sharks Sharks What The!?

From Crash To Recovery

Crash Of The Day: The Struggles Of Skateboarding, Featuring Jerry Hsu