The Sarawak Chamber is the largest unsupported natural space in the world. Buried in the forest of Mulu National Park, Borneo, it’s home to some of the most incredible wildlife you’ll ever see. The main inhabitants of the Chamber are twelve species of bats, ‘which is pretty bizarre’, according to the manager of Mulu Park, Brian Clark. Brian remarked, ‘you often find 2 or 3 species of bats in a cave, but in this cave there are at least 12 species of bats… the wrinkled bat has a population of somewhere between 2.5 and 3.5 million’.

‘Going back there, it’s just staggering… the cave combined with the forest and the wildlife and the bats, makes it somewhere which is a must see in the world… if you’re interested in natural phenomena it’s something really special’, remarked Caver and original explorer of the chamber, Dave Checkley. 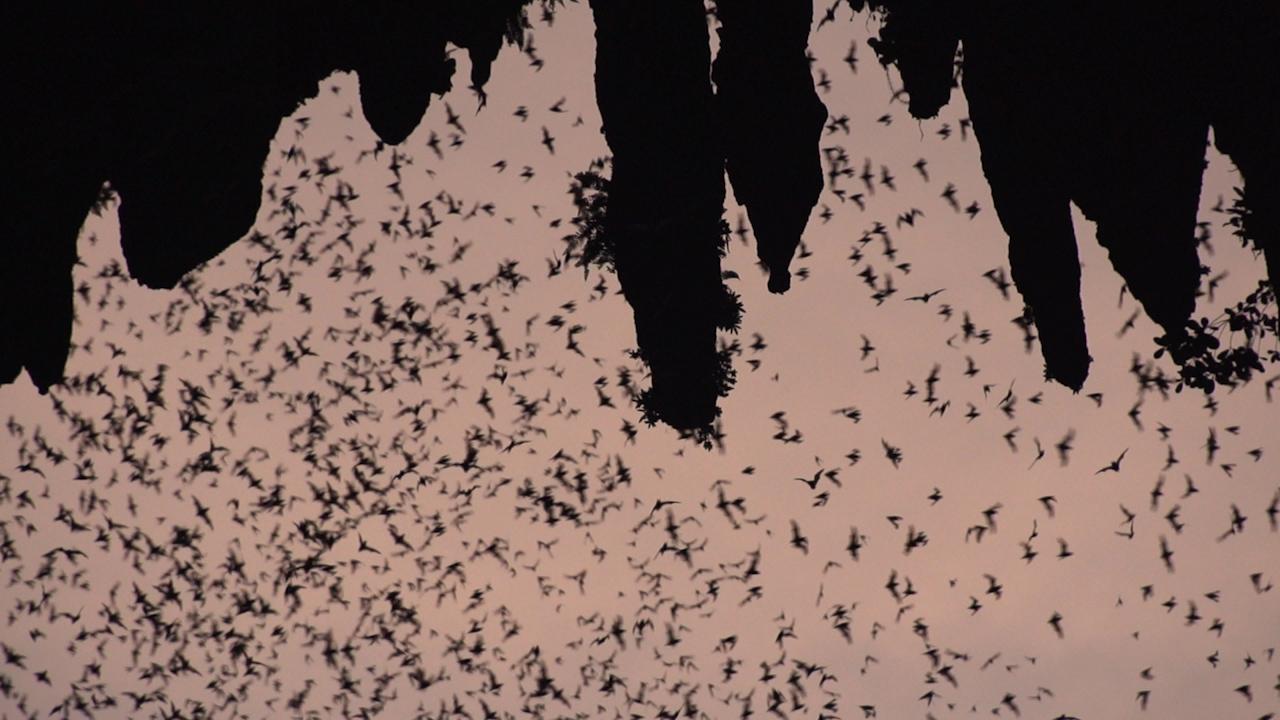 The Sarawak Chamber was first discovered by a small group of cavers in 1978, the group returned in 1984 to further explore the space, but limited resources and time forced the Cavers to retreat.

28 years later, two of the explorers and Emmy Award winning cameraman Gavin Newman decided to return. With new, advanced, lightweight camera equipment, the Cavers were determined to revisit the Bornean Chamber and record their discovery for the world to see.

Come on a journey like no other, watch ‘The Chamber’, available on Garage now!

Is This The Biggest White Shark Ever Captured On Camera?

THE ROAD TO CAPE FEAR – Behind the scenes from ‘The Crew’