A Cape Cod community banded together on Monday to rescue a baby great white shark, stranded on the South Beach area of Chatham, Massachusetts. Witnesses said the 7-foot-long male had become beached after chasing a seagull to shore.

It was a race against time to keep the shark alive, having been ashore for approximately an hour. ‘It was approaching towards low tide so it was becoming increasingly difficult for the shark to keep its gills wet and be able to breathe‘, Isabelle Hegland told CBS Boston.

While waiting for rescuers to transport it safely into the ocean, about 40 people continuously threw buckets of water over it’s body to help it breathe. 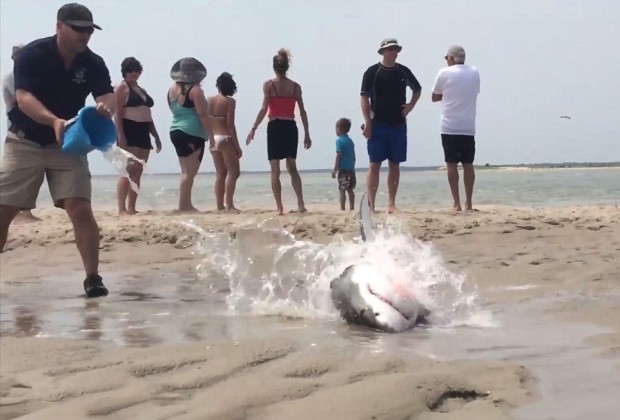 Marine biologist Greg Skomal was called to supervise the rescue, reporting to CBS that it was very sluggish and barely moving upon his arrival. A rope was tied around it’s fin and attached to a small boat to carry it out. 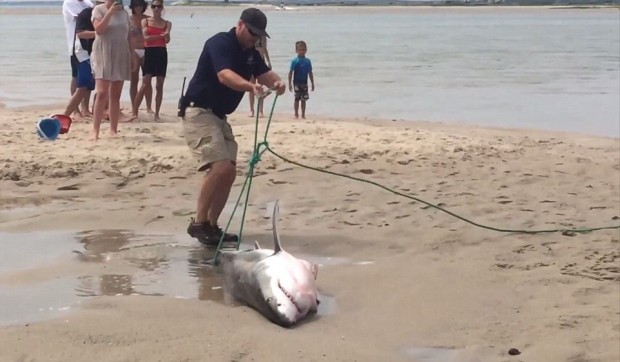 After the shark was dragged off shore, it allowed rescuers to untie the rope, tag him and lead him into deeper waters.

The shark escaped unharmed, though slightly dazed, and will be one of the males tracked by Marine Biologist, Greg Skomal. Footage from Youtube / Mike Bartel

The Luckiest ‘No Fall Zone’ Recovery In Skiing

Surfing, singing, fishing and feasting with 4 of surfing’s top femmes!

5 Waves That Will Inspire You To Pull Your Fins Out