Kiki Bosch is a 26-year-old professional freediver – meaning, she dives in freezing water without the comfort of wetsuits or oxygen tanks. She loves the cold because of its healing power and psychological benefits that she claims have helped her overcome trauma, depression and anxiety. 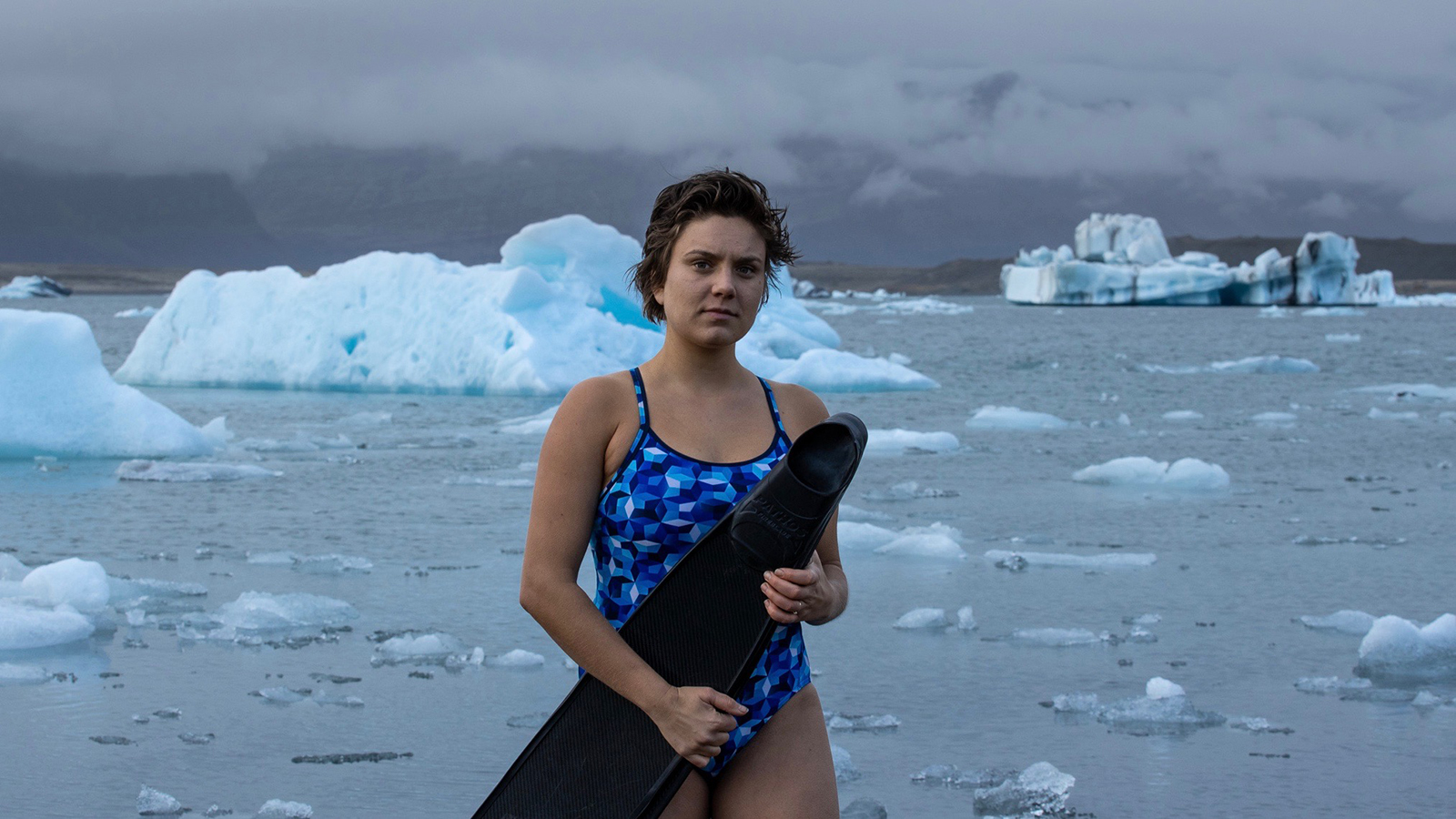 A flashback to 15 years ago reveals Kiki’s origin story. Born and raised in Eys, Netherlands, young Kiki is fond of playing outdoors, swimming and scuba diving. The latter inspires her to travel years later as an adult to Colombia, where she unexpectedly gravitates towards freediving, and abandons her university degree. While working as a divemaster in Thailand, Kiki is deceived by one of her colleagues in the dive shop, who rapes her while she is vulnerable. Recounting the story, she is initially too afraid to report her rapist, but her silence causes another girl to be raped by him, and he flees the island. This trauma causes Kiki to suffer from depression, anxiety and suicidal thoughts over several months. Kiki eventually recovers from the trauma after being inspired by cold water athlete Wim Hof. Recognising the physical and psychological benefits of cold water immersion, Kiki’s new career as an ice freediver takes her to various breathtaking locations, including South Australia, England and Iceland. Kiki’s parents are revealed to be afraid of the water and have raised the issue of mortality with her. Yet, while her father can empathise with her as a former sportsman, her mother in particular expresses fear and concern for her endeavours. Kiki expands her diving with adventures in Iceland and Greenland; the latter sees her dive in -2 degree Celsius water, the coldest of her career. 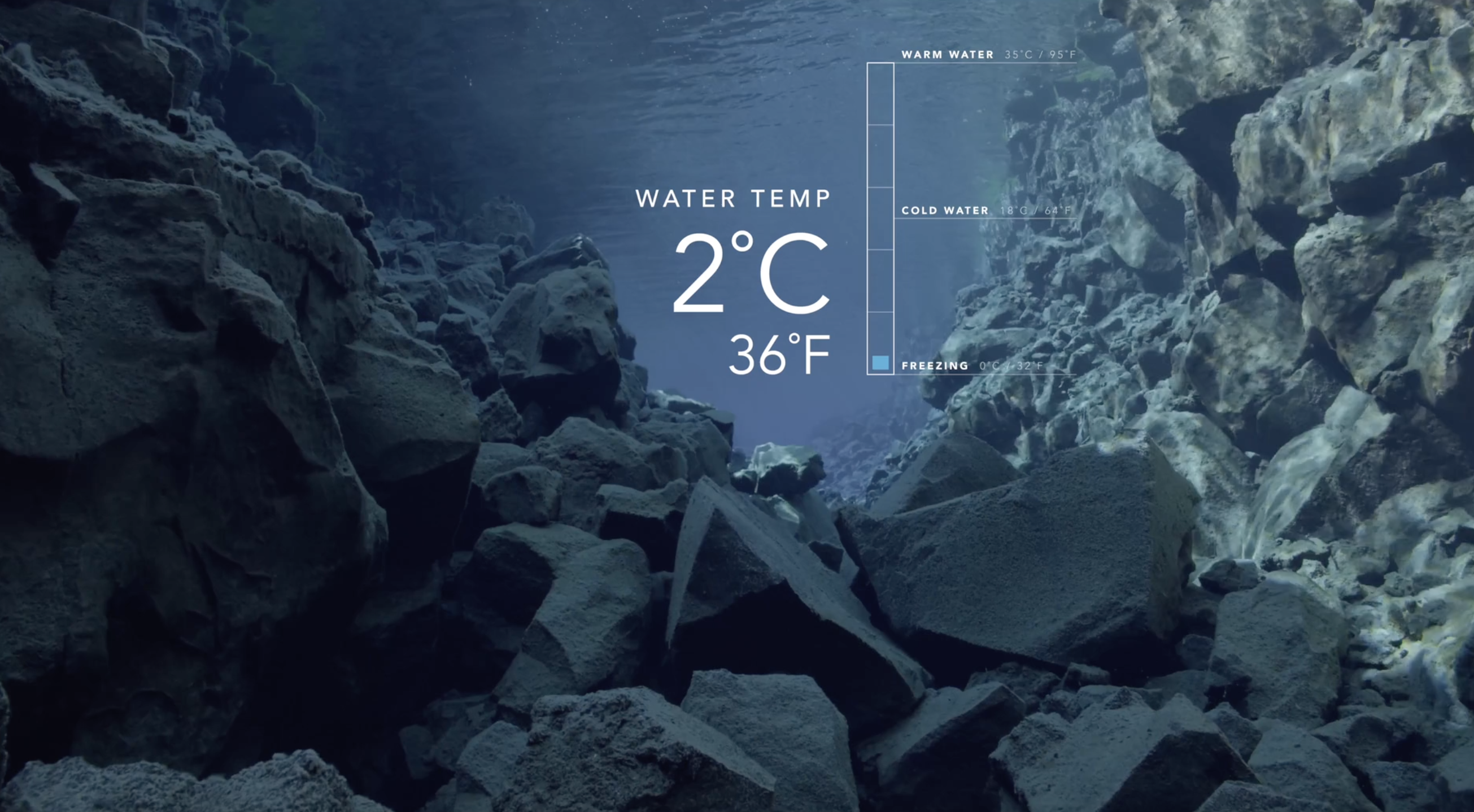 However, the biggest challenge Kiki encounters is a job as an underwater actress on a Norwegian production. Archival footage and interviews reveal the numerous difficulties, including Kiki’s unrelaxed state of mind, long shooting hours, the 4 degree water temperature, diving without a mask and being blind, and being weighted down with 6 kgs of lead weight and not being able to swim back to the surface. On the last day, Kiki loses consciousness and suffers a massive afterdrop, vowing to never again push herself to the extremes of hypothermia and exhaustion. Eventually however, she returns to ice freediving when she is enticed by the challenge of diving under the frozen lake of Päijänne in Finland. The dive inspires her to set two world records for ice freediving – longest distance under the ice with bi-fins and no wetsuit, and being the first person to freedive under ice in the lakes of Mount Everest. 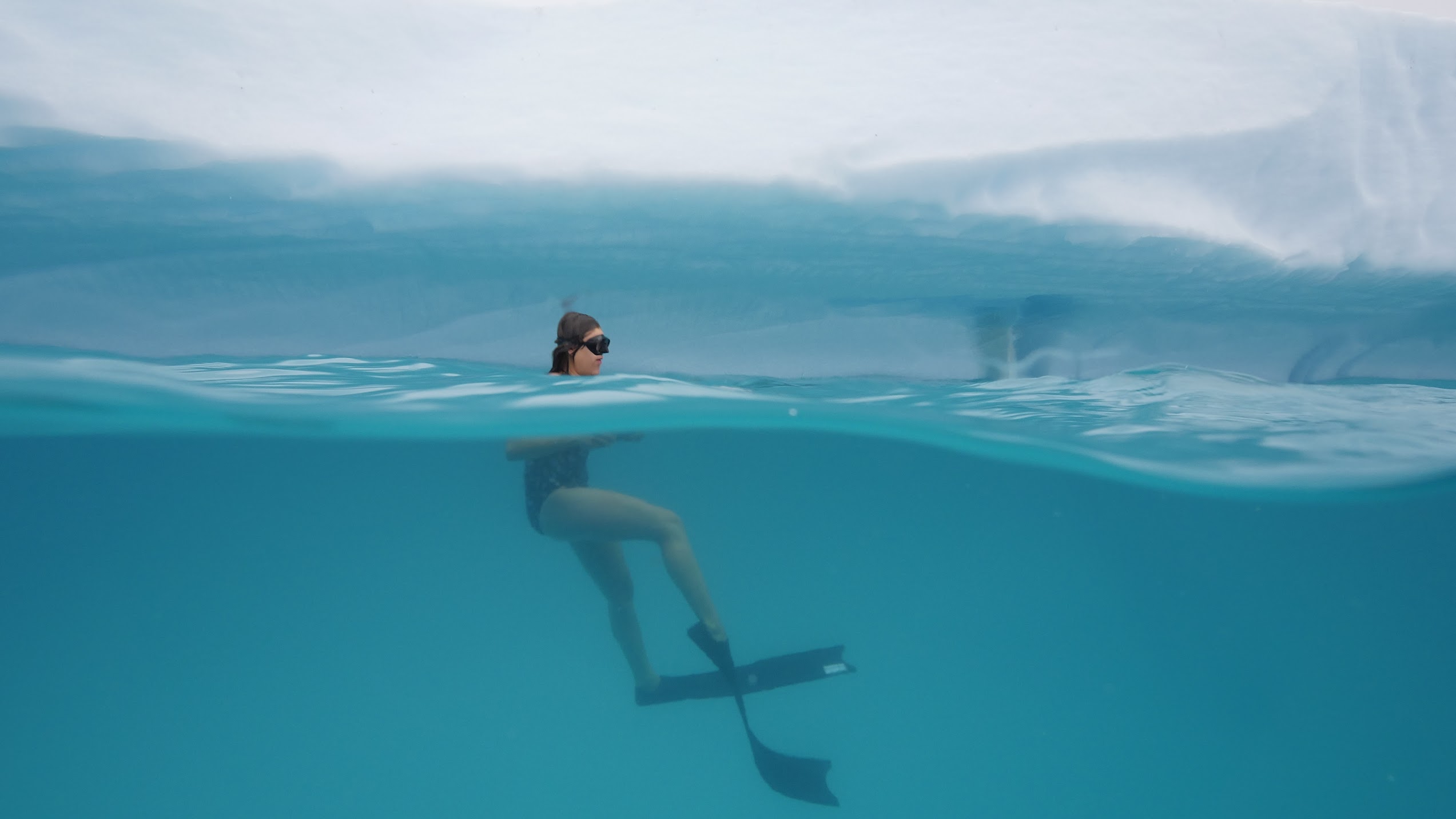 However, while training for both of these records, Kiki’s eyesight begins to worsen. A local health specialist reveals that a herpes virus that Kiki had as a child is now reawakened and being aggravated by her freediving, and that she could potentially lose her eyesight permanently if she’s not careful. Kiki is shocked and in denial, and continues to freedive, but when her vision fails to return quickly, it finally convinces her to abandon the records. Kiki travels to Mexico and Venezuela to take some time to reflect about her life and career paths. She realises how her identity as a freediver doesn’t have to be defined by records or limit
pushing, but rather, spiritual fulfilment. 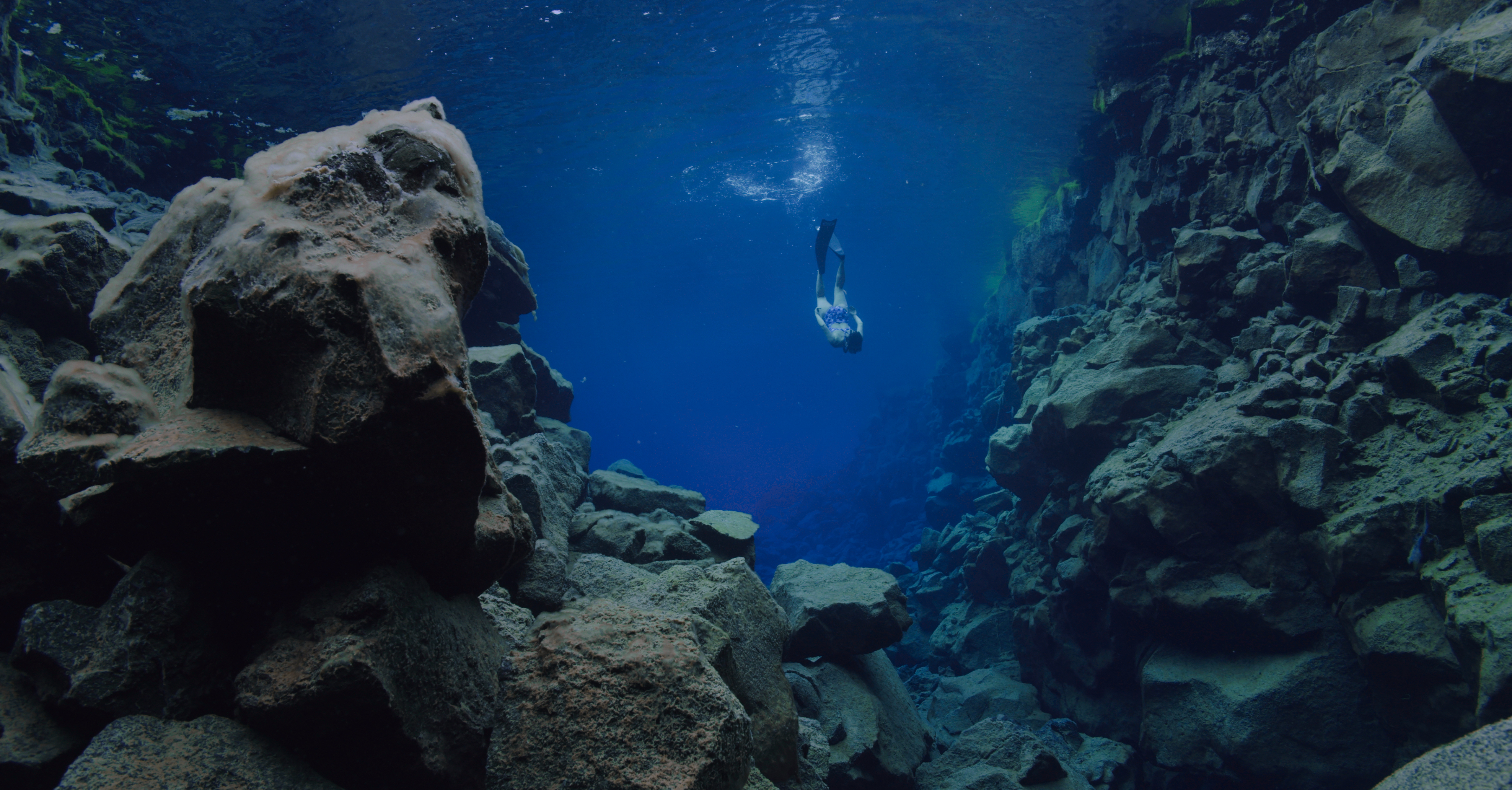 Kiki also comes to the conclusion that there is power in sharing her story and teaching others the art of cold water immersion to help them address their own emotional and mental challenges. She hosts Wim Hof Method courses in London and New Zealand. Her students come from backgrounds of trauma, mental illness, frustration and curiosity. As they all step into the icy water, Kiki coaches them to access the moment of calm. In voiceover, she reflects on how the students remind her of herself, and inspire her to continue her journey as a freediver. Kiki performs a dive in Milford Sound, now incorporating her new philosophy on diving for pleasure and healing. She describes the healing associated with the experience of freediving in a poem of hers, as she dives into the deep blue waters amongst the marine life. 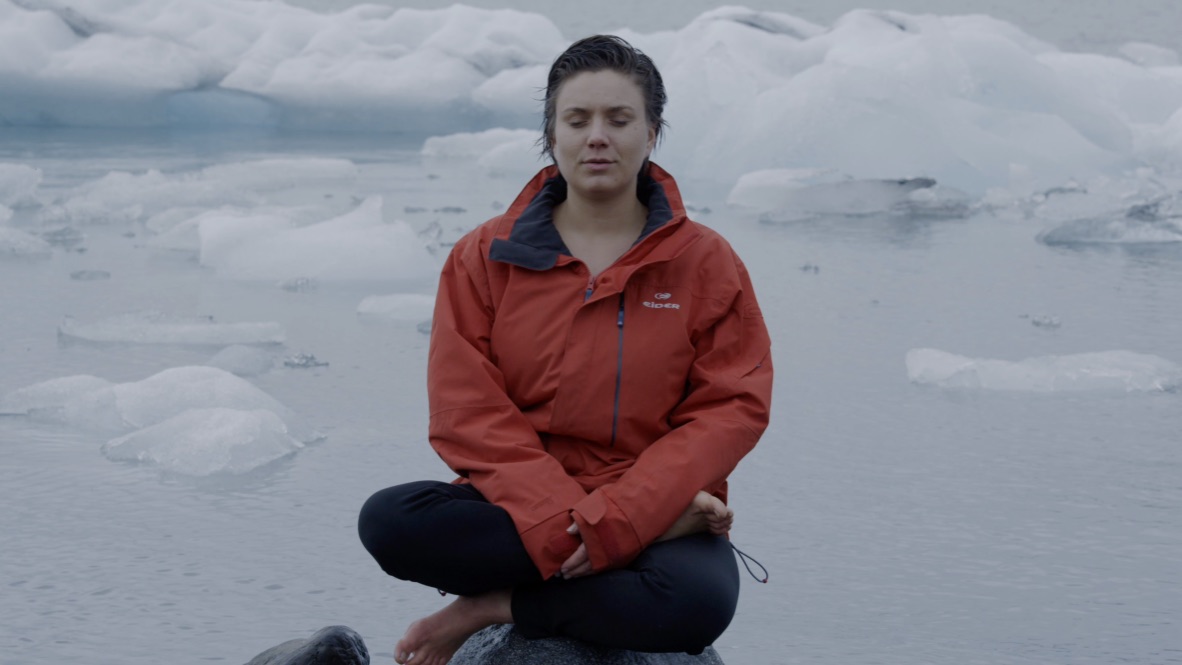 Watch Descent Here in ANZ only

The Wood Sniffer – From Sawmill to Surf

The 5 Best Airs In Modern History

The Perfect Ski Heaven Was Found In Russia

Two surfers, go the length of the planet in 8 days