Mark McCracken, a 33-year-old construction worker, was on a fishing trip off California’s Gaviota State Beach, when he was hunted and attacked by an aggressive hammerhead shark.

After two fierce jolts to his kayak, Mark was horrified when he turned around to see the Hammerhead following him, ‘I couldn’t tell if he was biting (the kayak) or if he was head-butting it but soon as I saw it I just started going at him with the paddle’, as reported by NBC news.

The Hammerhead continued to circle and charge Mark’s kayak for a gruelling 15 minutes, undeterred by relentless blows from Mark’s paddle. The hammerhead seemed to have decided Mark was prey, from trying to overthrow him from his kayak, to following him all the way to the shore, ‘Even after I got out of my kayak and made it to the beach he was sitting right there… it was pretty creepy,’ as reported by NBC news. 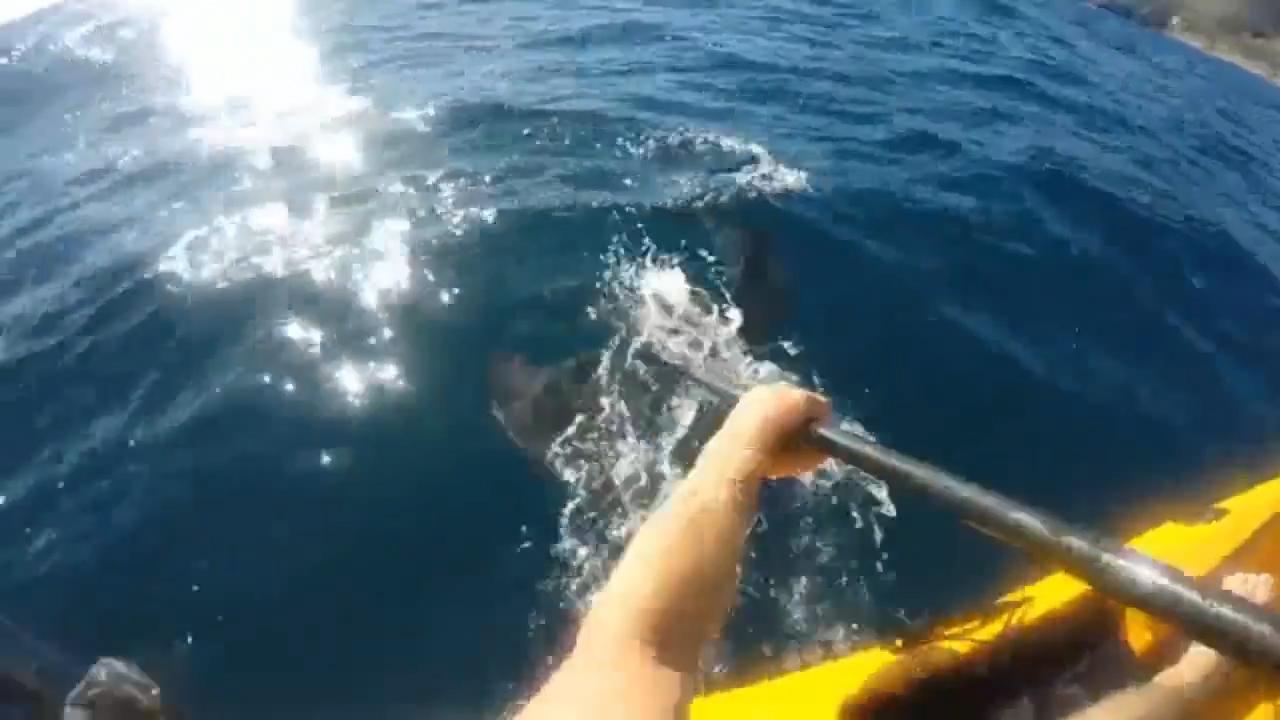