We are stoked that MF survived this terrifying incident and that no one was harmed. ‘I literally just jumped away and it just kept coming at my board and I was kicking and swimming,’ he said. ‘I just saw fin – I didn’t see the teeth, I was waiting for some teeth to come at me as I was swimming. I punched it in the back. ‘I was about to start paddling again and I had this instinct that someone was behind me. ‘I saw the whole thing just thrashing around … I punched it a couple of times, but I felt like it was dragging me under water. ‘Then all of a sudden my leg rope broke and I was swimming and screaming. 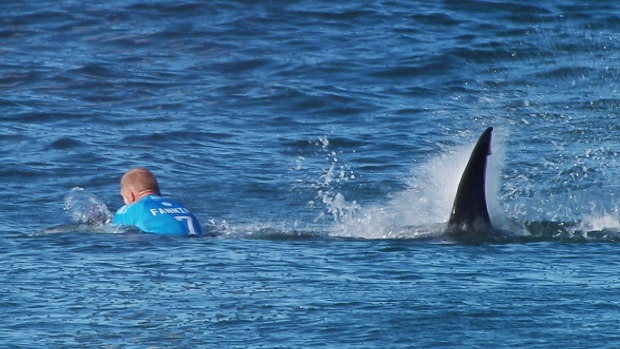 ‘I was swimming in and I had this thought ‘what if comes for another go at me’, so I turned around, so I could at least see it, and before I knew it the boat was there, the jetskis were there. I just can’t believe it.’

Footage of event and main interviews, the severity of the incident starting to hit home

Fanning is locked in a world title battle with Wilson, but competition was the bottom of his priority list following the incident. ‘I’m happy to not even compete ever again. Seriously, to walk away from that, I’m just so stoked,’ he said. Wilson, who paddled towards Fanning when he saw the attack, was also emotional afterwards, saying through tears that he felt like he couldn’t get to Fanning quick enough. ‘It came up and he was wrestling it, and I saw he got knocked off his board,’ Wilson said. ‘I was like ‘I’ve got a board, if I can get there I can stab it or whatever, I’ve got a weapon’. ‘I saw the whole thing and saw he got knocked off his board, and then a little wave popped up and I was like ‘oh he’s gone … he’s gone under’. ‘I felt like I couldn’t get there quick enough.’

Footage of the first Mick Fanning interview, in shock directly after the incident 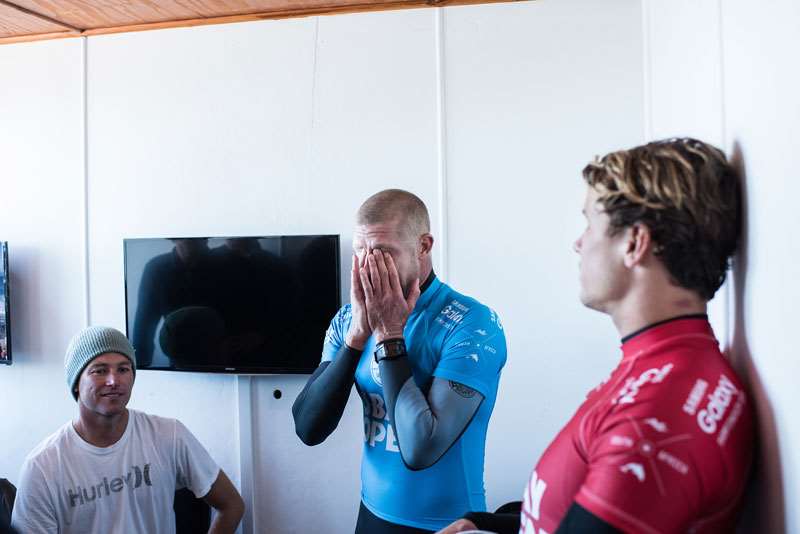 Is This The Biggest Air Ever Done On A Kiteboard?