Welcome back to Weird Waves Of The World, we head to New Jersey for a retrospective look at the Casino Pier in Seaside Heights – It’s unique shape and piling system created sand banks that helped the formation of fun left and right handers on either side – There are four waves, two on the north side of the pier and two on the south side. 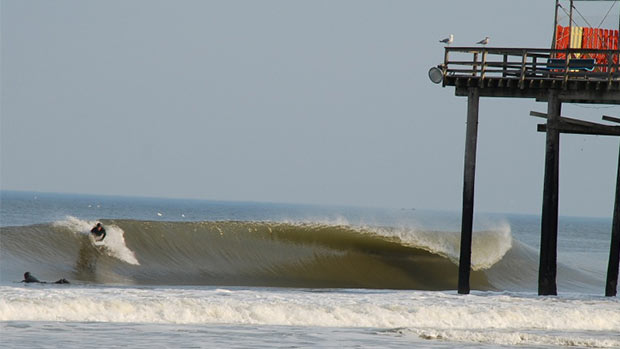 It’s not the the wave itself that comes to our attention for the weird waves series, it’s what use to be above the wave that made surfing this place so surreal and unbelievable. 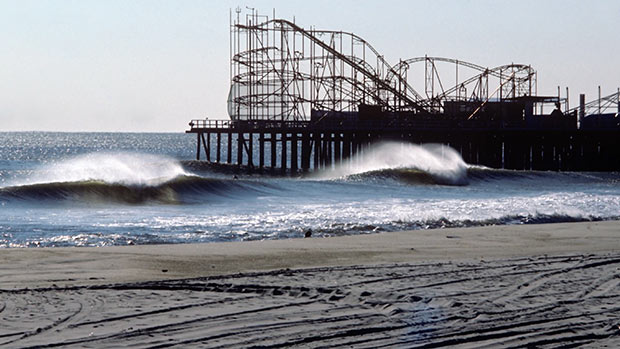 Still from the film ‘A Life Outside’

Children scream on the large roller coaster and other rides that cast a shadow over the lineup. The tranquility and peacefulness of surfing is almost taken away by these noisy man made machines and towers, but at the same time this wave wouldn’t exist if it wasn’t there. 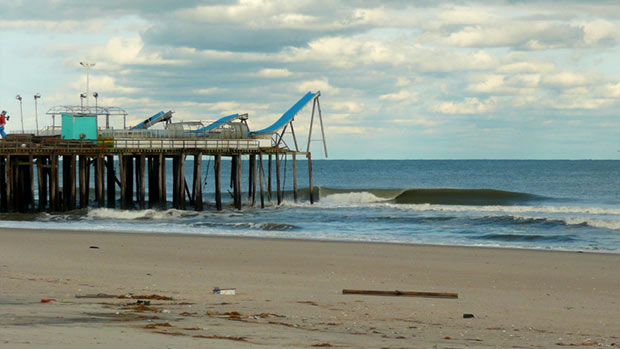 There were rules and regulations of surfing the Casino Pier back in the day, you weren’t allowed to surf 200ft near it because of a fishing laws set by the council, locals rebelled against this law and surfed right up against the pier and then eventually at the tip where the best peaks were, this opened up Casino Pier to become a well renown wave in the area and localism and a strong surf culture began and grew till this day. 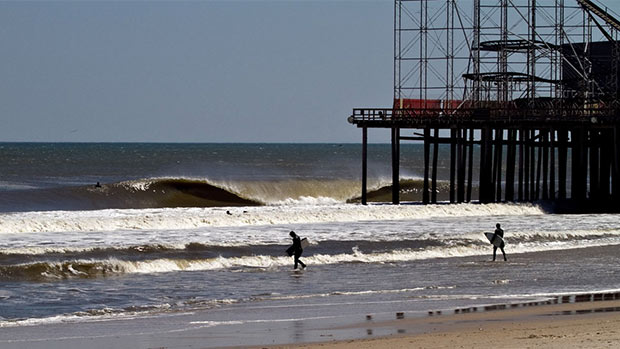 Surfing in New Jersey can be very fickle. In Summer, the crowds can be gnarly and hard to get waves, winter –  it’s litrally snowing on the beach so unless you’re a hardcore surf enthusiast, it ain’t for you and in Spring the water is still very chilling at 5 – 15 degrees. Fall is prime surf season – the swell improves and the water stays warm, the summer crowds have gone back to work or school, This is the peak of hurricane season so beaches can be closed if conditions are too hazardous. 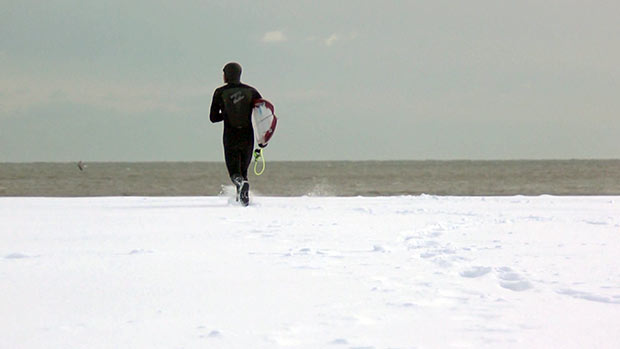 Still from the film ‘A Life Outside’

In October 2012, peak hurricane season hit and the infamous Hurricane Sandy made it’s way across the Caribbean and eventually struck New Jersey and the entire eastern seaboard, the damage was incomprehensible, rapidly tearing through New Jersey and collapsing the Casino Pier (an iconic landmark since the 1930’s) leaving it’s remains and the huge roller coaster literally in the lineup – childhood memories for the locals were swept away and homes completely demolished and condemned, the total damage bill exceeded USD $68 billion and at least 233 people were killed along the path of the storm.

Summer 2013, the boardwalk in Seaside Heights, New Jersey was rebuilt and opened for business. What remains of the Casino Pier will be demolished with the intention of rebuilding, no one can predict if the banks will reform and the waves will return. Local New Jersey surfers did a paddle out In memory of the Casino Pier and the home for generations of NJ surfers, this features in ‘A Life Outside’ – an award winning film by Catherine Brabec about the passionate and thriving surf culture in New Jersey during the 60’s, up until now and the pioneers that built the surf culture in NJ. 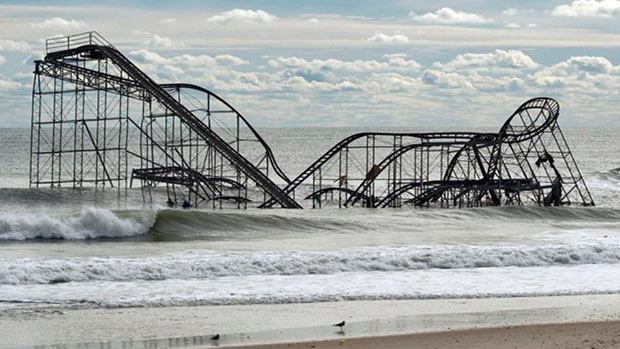 This must watch documentary is available to streaming on Garage Entertainment, Watch now:

European Roadtrips And Surfing During the 1960’s