BEHIND THE LENS OF THE DESERT SAID DANCE, with director Lincoln Caplice

The film has been touring in cinemas internationally for the last six months, and landed on digital platforms this week.

We fired off a few quick questions with Linc recently, to understand exactly what it takes to capture four riders traversing 1000km around the Mexican desert… at midnight. 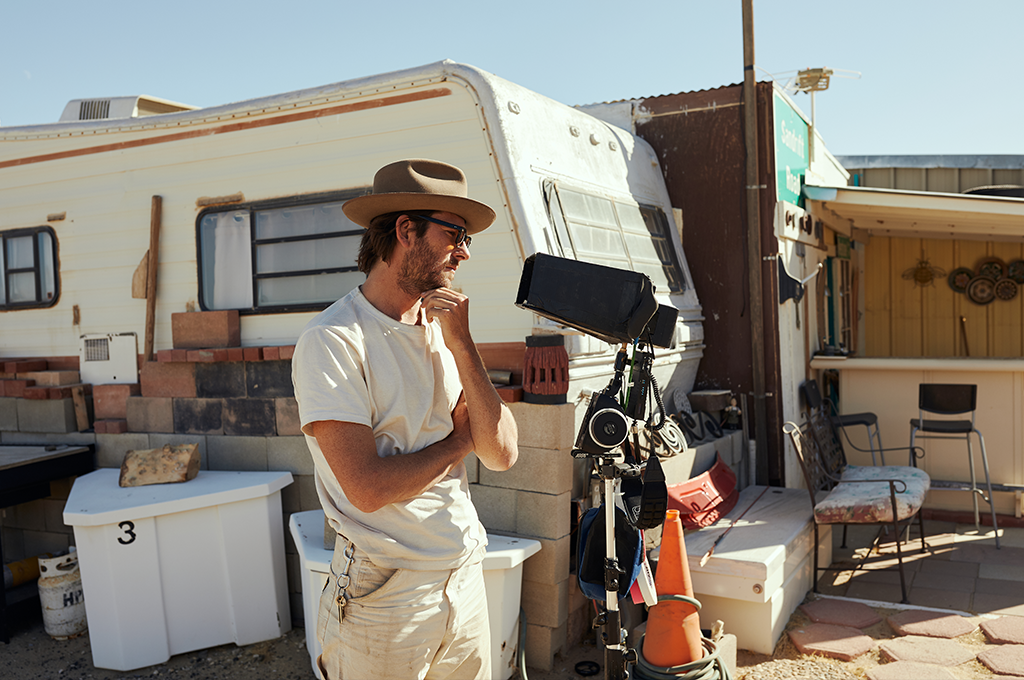 Can you tell us a bit about The Desert Said Dance?

The Desert Said Dance is a feature length documentary about four men entering into the 2019 Baja 1000, the longest non-stop point-to-point motorcycle race in the world.

This film follows Forrest Minchinton, Colton Udall, Nick Garvin and Derek Ausserbauer over six months in their journey towards the race and the race itself. How was it shooting in Mexico?

Going into Mexico from Southern California, there’s a lot of hesitancy and fear surrounding going to Mexico but for us it was a pleasure… the entire time the locals and and the people were so lovely.

It was a real contrast to see what people kind of said about the place, then to live it and to be amongst it all, it was a privilege. 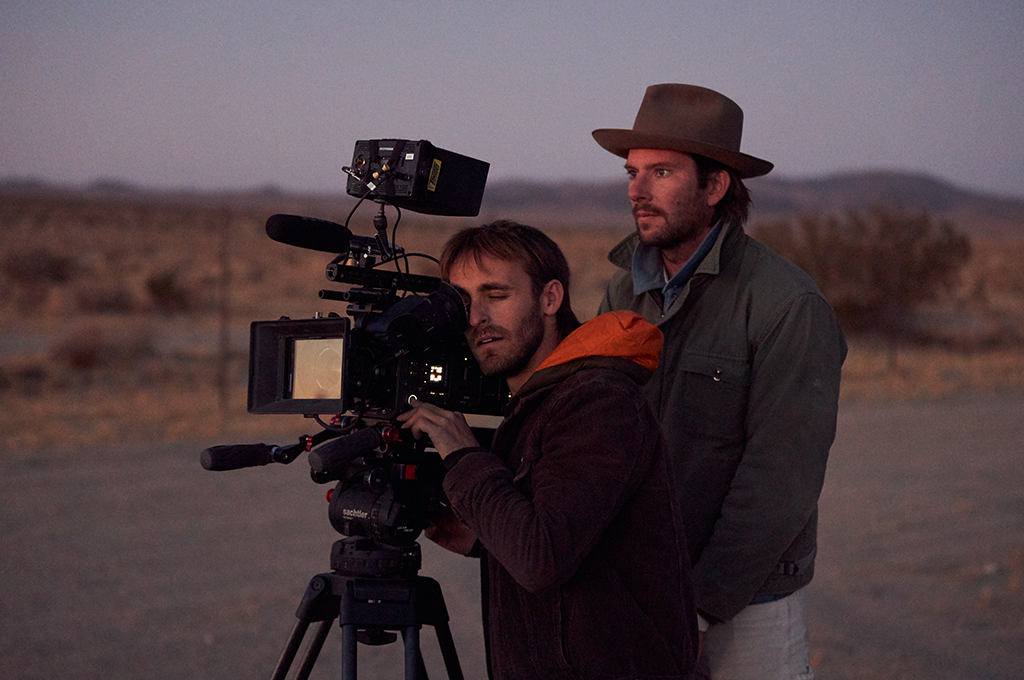 Probably one of the biggest highlights for everyone on the trip, was the day that we organized everyone to be filmed with the helicopter for the first time. We had the entire team on a beach at sunset, Nick had come all the way from Portugal that day. We had actually gotten some fireworks from the other side of the peninsula earlier and we kind of just topped off with some some drinks and some fireworks being let off. It that was kind of like the last moment we all really had together before everyone split across the peninsula and and the real preparation for the race began. 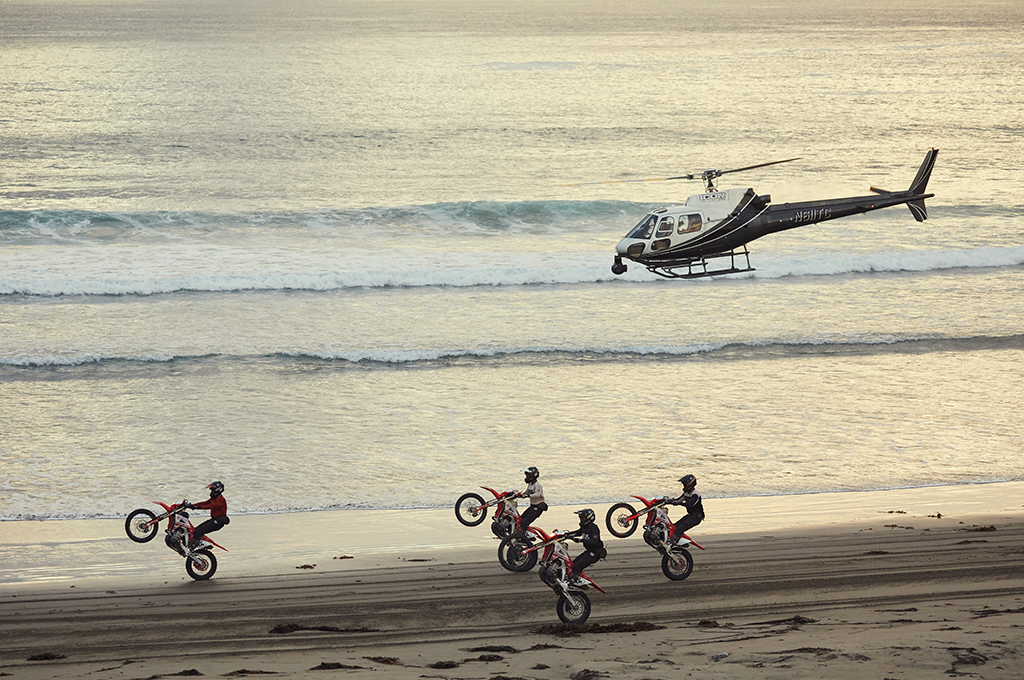 Tell us about the crew?

The production crew behind The Desert Said Dance was a very small tight-knit family, and then there was obviously a huge array of support and other crew members that jumped along the trip on the race itself.

We had a helicopter plus four teams on the ground split across the entire Peninsula to capture the action. It’s so incredibly difficult to find the paths of where these motorcycle riders are going and keep up with it all. Tell us about race day/night?

On the race day, we didn’t sleep for about 28 hours or so, we were all there to just to capture everything we possibly could at any time of the day, but that also culminated in the race itself, which is essentially a 24-hour race.

Basically, if the riders are up then we’re up… 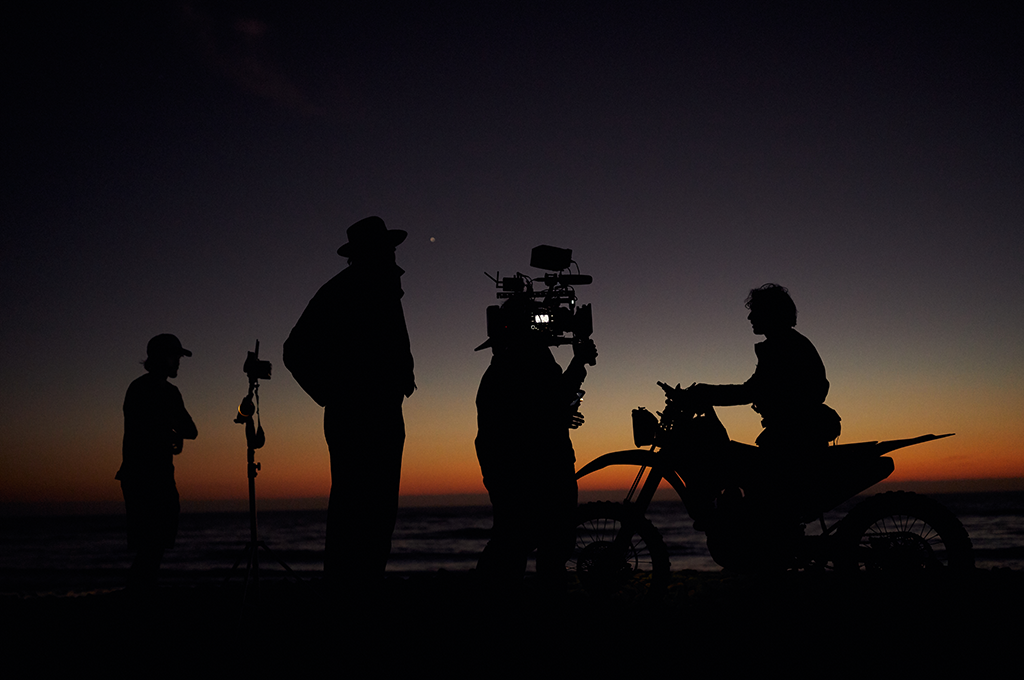 We travelled across the entire top half of the Baja Peninsula and the place is littered with characters. My favourite, was in San Felipe, the Mariachi band.

They were a bunch of legends, just having the best time playing, songs for whoever walked by and once we got the camera up and running though more than happy to perform for us at the same time. There was also a guy on a three wheeler cutting and laps around the main street and I think he saw that the camera was out and definitely acted up for the camera. 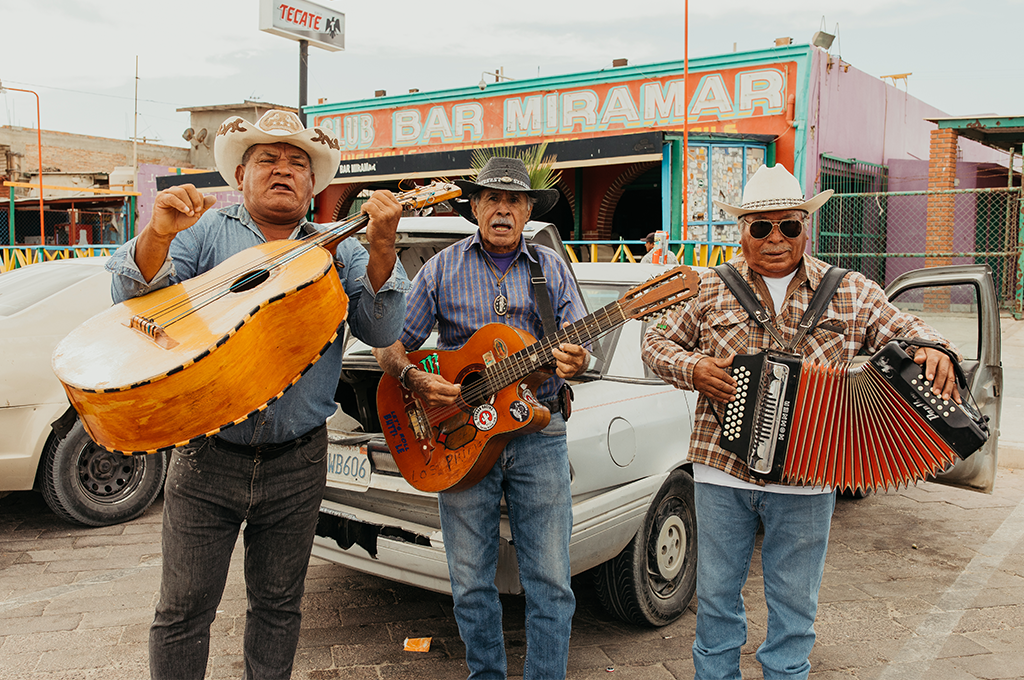 When were in Ensenada the entire crew basically had breakfast lunch and dinner at a place called el Trailero, so shout out to el Trailero.

I don’t actually eat meat, but I got my head around the beans and the cactus but everyone else was getting stuck into the carne asada and the pork tacos. The biggest lesson I learned on this documentary was just to be as open as possible to story lines or direction of the film.

Going into a documentary like this, you might think you know what the outcome is, but ultimately along the way it will probably change.

It’s when you get to learn the most about yourself, as well as the subject matter.

I think people when they see the film, the biggest lesson for the audience generally is about understanding the moments in life that are challenging are often the most rewarding, and I think that’s probably what I got out of this film in making it. THE DESERT SAID DANCE is available to watch NOW on all major platforms.

Head to www.thedesertsaiddance.com for purchase links.