Got to be one of the most graceful things I’ve ever seen – how do they make it look so easy?! Presenting the married tandem surfing duo, Fred and Lily Branger!

In 2006, Lily and Fred were both living in France – although hadn’t yet met each other. Lily, a graphic designer, was situated in Paris and was a keen skateboarder, snowboarder and gymnist. Fred was in Brittany, having recently returned from California where he paid his way through college as a surf instructor. 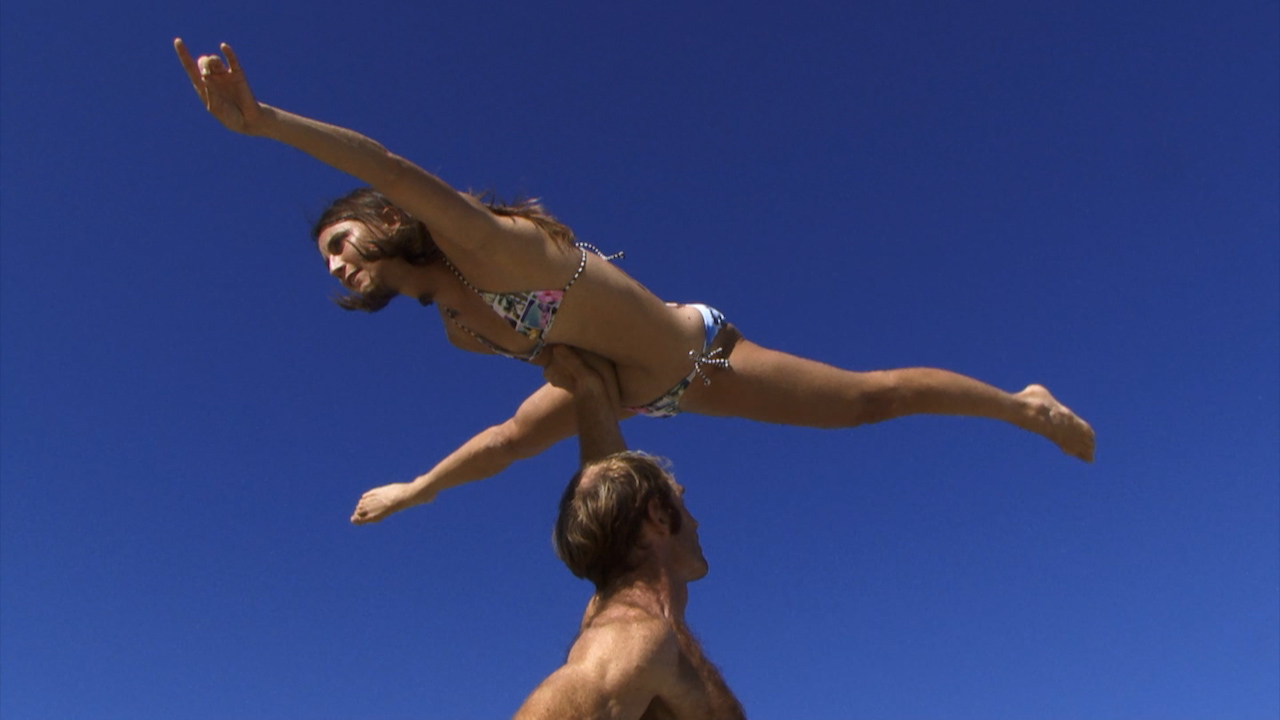 By chance, Lily read about Fred and his love of tandem surfing on his website, and decided it would be the perfect combination challenge for her skillset. The rest we should say, is history… after 2 weeks of meeting the couple moved into Lily’s Parisian place and continued to surf and skate for the next 2 years. In late 2008 the couple married and moved to Australia to pursue the endless waves and glorious summers. 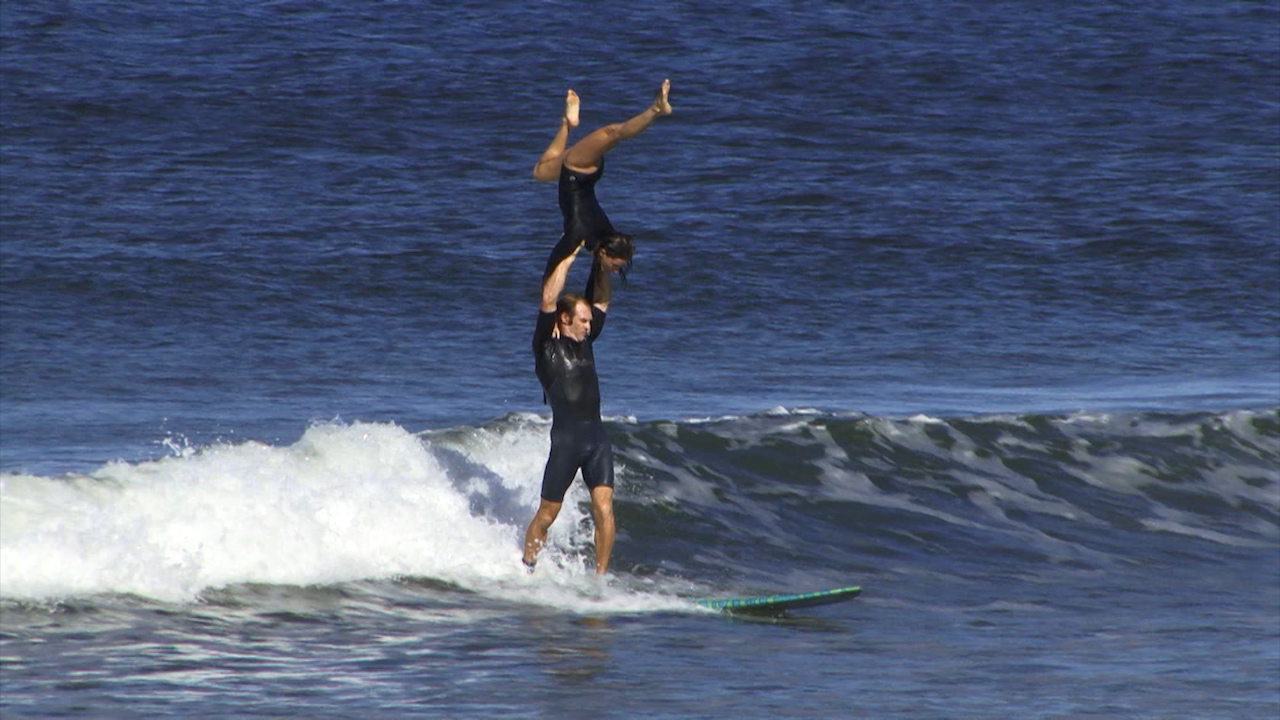 They draw inspiration from yoga, gymnastics, circus, ballet, ice skating, cheerleading and even break dancing and are always trying new things. Now located in Caloundra, the couple have a little boy and strive to keep the art of tandem surfing alive, holding classes for anyone who’s interested! 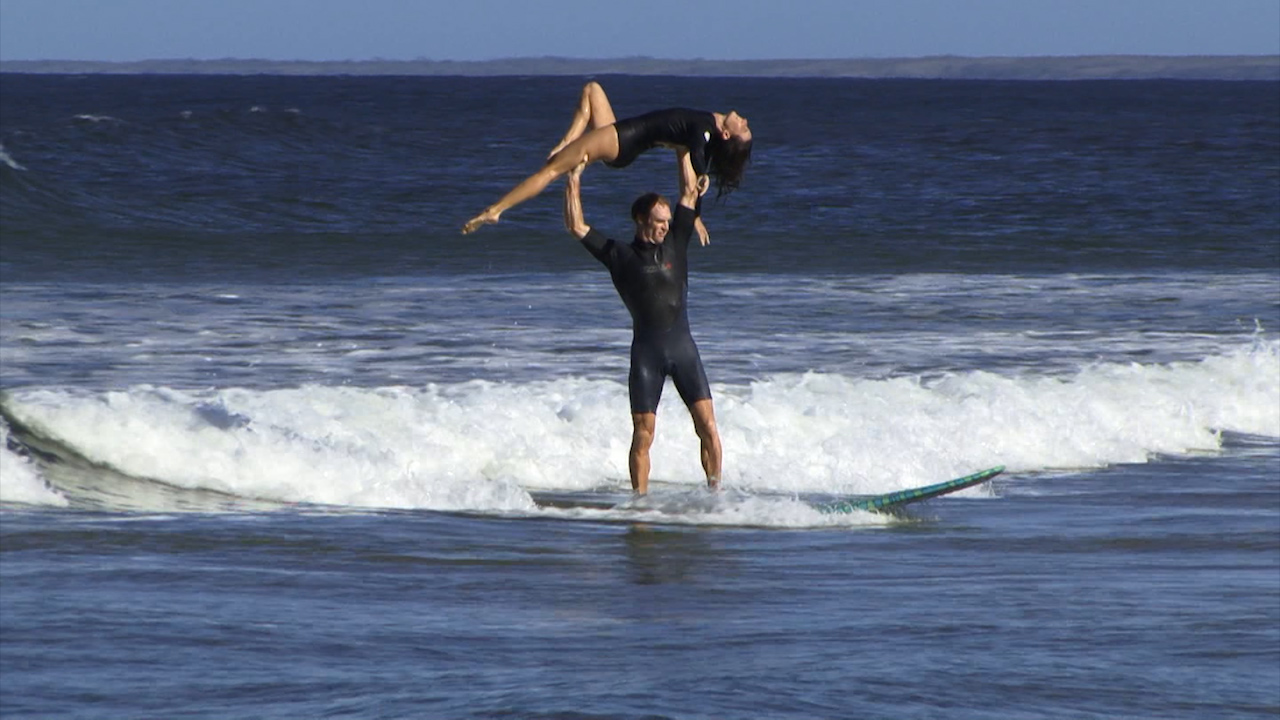