We are back with Weird Waves Of The World! This one standouts from the rest – it’s called cave surfing! 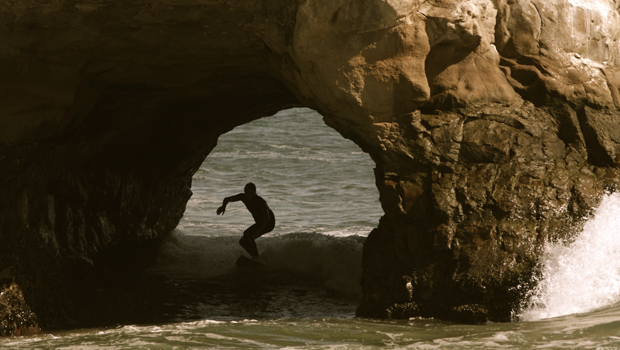 It’s a simple as it sounds, surfing directly through a cave. What’s not so simple, finding a cave that waves actually break through.

Anthony Tashnick is the ultimate grom trapped in a mans body, If the sport of surfing had an ambassador, Anthony is the man for the job. He surfs it all – 25ft Mavericks on a Twin fin to 1ft tow-ins at home on a skimboard and now longboarding through caves.

A few things about the man – at 16, he was the second youngest surfer to ever paddle into Mavericks and at 20 he was the youngest to win first place at the Mavericks invitational contest. He also doubled for Gerald Butler and Johnny West in ‘Chasing Mavericks’