Weird Waves Of The World – The Amazon River

Welcome to Weird Waves Of The World volume 11, we head to the Piranha infested waters of the Amazon River to A tidal bore known as Pororoca, this weird wave only breaks during February & March of each year. This tidal bore occurs where the Atlantic and Amazon join pushing a 6-8 ft chocolate wave down stream. 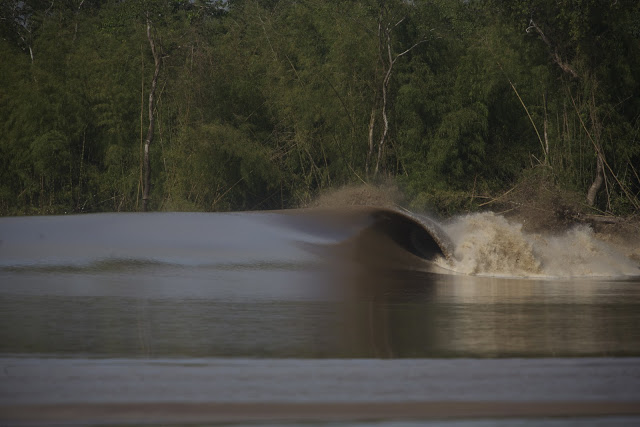 The wave can be ridden for up to a ridiculous 30 minutes, approx 11kms (the longest recorded was 45 minutes), you’d need legs of steel to endure this epic feat. 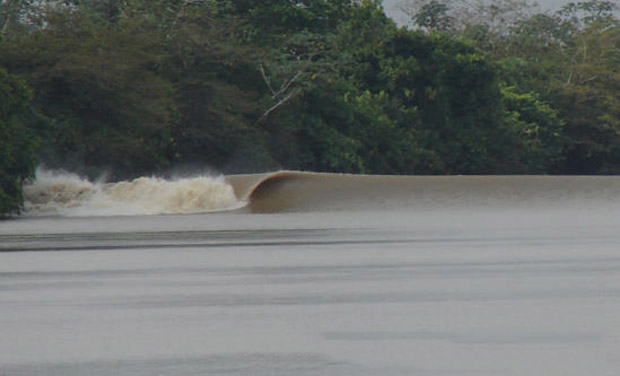 The river was named “pororoca” by the natives meaning ‘Big Roar’, this can be terrifying if you never seen or heard it before, the wave comes roaring up the Amazon at 30kms, you’ll hear the wave before you see it, destryoing anything in its path, trees, wildlife, boat…anything! This place even hosts the annual national championships, locals compete to be king of the Pororoca. 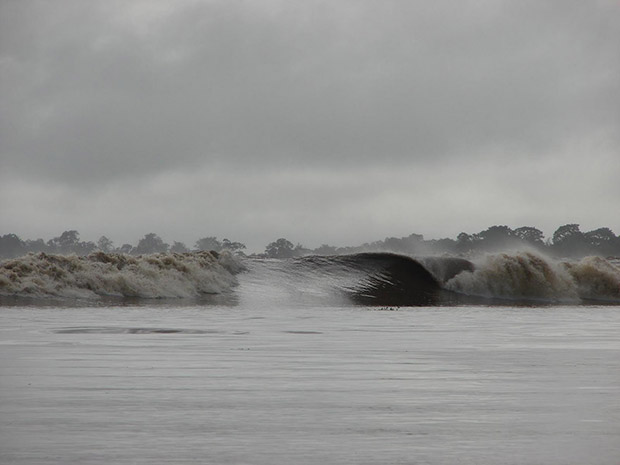 Things to look out for: Anacondas, Piranhas, Dwarf Caimans (small crocs) and my personal fear – The Candiru fish, a toothpick sized parasite notorious for finding their way into the orifices of a human, including a mans urethra from urinating in the Amazon River!

Weird Waves Of The World – Gasoline

Photo Of The Day – For a Few Lines More