Weird Waves Of The World – The Silver Dragon

In case you don’t know Mark Mathews, Richie Vas & Kid Mac are three best mates from Sydney’s Maroubra Beach. All are on a journey of breaking free from troubled childhoods to realise their hopes and dreams of reaching professional levels in their chosen careers of big wave surfing, MMA Fighting & Music producing in the hit TV series ‘The Crew’. 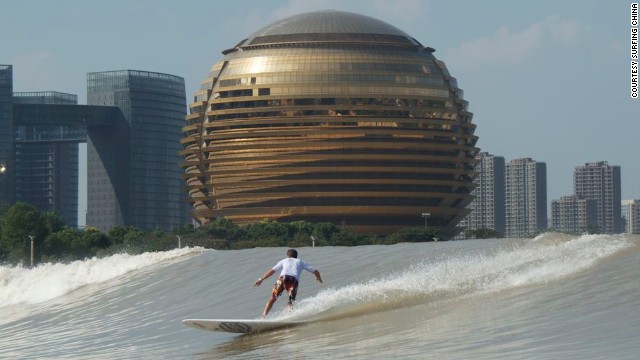 The Crew is now into it’s third season of filming. The Crew takes viewers on a ride around the globe as the boys chase massive barrels, title fights and live music gigs along the way with their “idiot abroad” like antics. 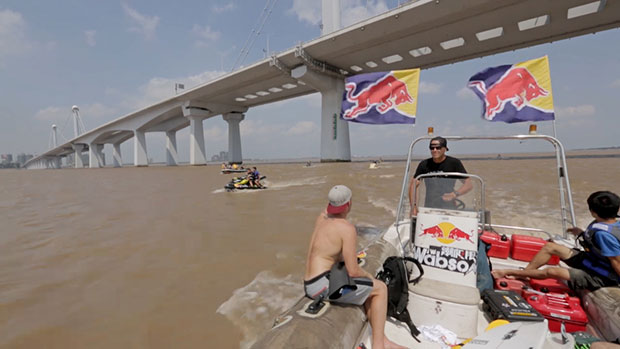 In Season 2 – Episode 8, The boys travelled to Qiantang River in southeastern China to surf the Chinese tidal bore dubbed, ‘The Silver Dragon’, a world renowned tidal bore that rushes through the city at 40km. Here is a snippet, Hit play:

Enjoy this? Watch the full episode now at Garage Entertainment

Facts on the Sliver Dragon: The Qiantang River or Qian River is an East Chinese river that originates in the borders of Anhui and Jiangxi as the Fuchun River. It runs for 459 kilometers through Zhejiang, passing through the provincial capital Hangzhou before flowing into the East China Sea via Hangzhou Bay. The river was the southern terminus of the ancient Grand Canal that links five major rivers in China from north to south, and enables water-borne traffic to travel inland from Hangzhou as far north as Beijing. 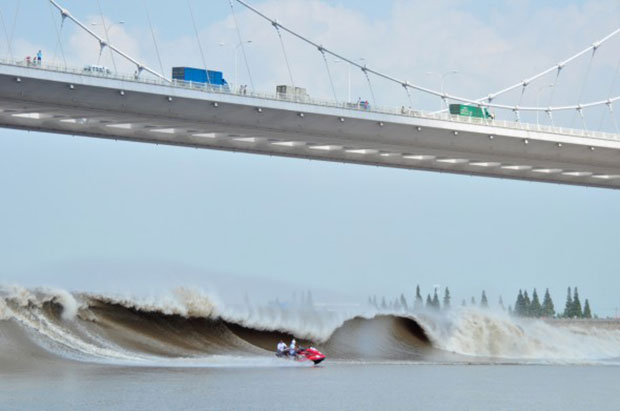 The river and bay are known for the world’s largest tidal bore. The tide rushing into the river mouth from the bay causes a bore which can reach up to 9 metres (30 ft) in height, and travel at up to 40 km per hour. Known locally as the Silver (or Black) Dragon, the wave sweeps past Hangzhou, menacing shipping in the harbor. 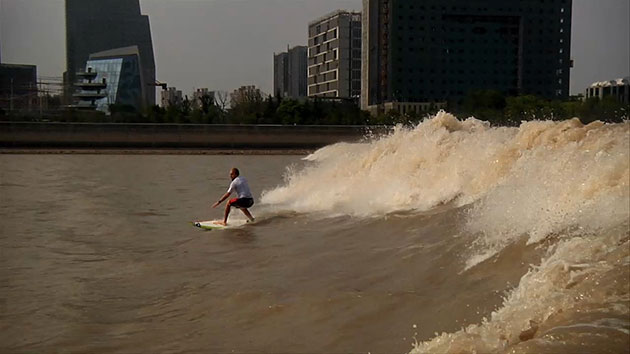 In August 2013, the tidal bore turned out stronger than expected due to a typhoon, reaching more than twice its usual height as it broke on the flood barrier, sweeping it and injuring numerous spectators. 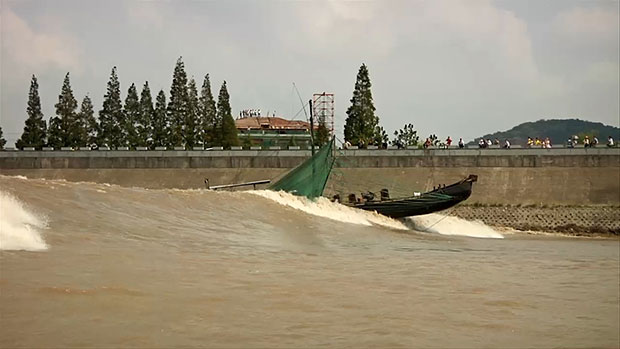 In November 2013 the first surf competition was held by Red Bull call the Qiantang Shoot Out and considered the most unusual wave in the world for a surfing contest.

Surfer Christopher Peterson is ‘The Warrior’