Will The World’s First Throw And Shoot Drone Have An Impact On Filmmakers?

It’s like a robot from The Terminator sent back in time. Since the release of the Drone, sales have surged as amateur filmmakers adapted to the new technology to capture aerial footage quickly and easily. Only a couple years down the track and camera technology has taken another advanced step forward, introducing the The Lily Cam. 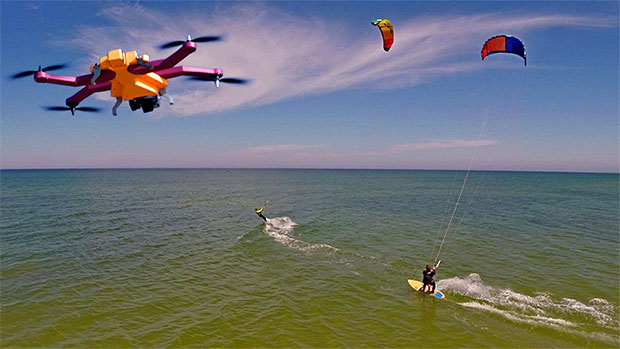 The world’s first throw-and-shoot camera. Simply throw and the Drone follows your every move in the air, no controller required + it’s waterproof:

The Lily Cam comes at a reasonable price of just $500 USD + shipping and like most newly released technology, it should drop in price in a matter of months. There is one early release issue with the Lily Camera, battery life only lasts 20 minutes but on upgrades we’re sure this will be improved.  This makes us think a little, will it impact on filming as a profession? With the high quality POV footage captured with the different GoPro mounts and this tidy new piece of technology, the door is now wide open for athletes to produce their own film productions. Editing skills could soon be a new skill set required to be a world class, self-promoting athlete. We can’t wait for this bad boy to hit the market.

The Funnest Wedge We’ve Ever Laid Eyes On

Everybody sometimes falls… the pursuit to become a professional athelete